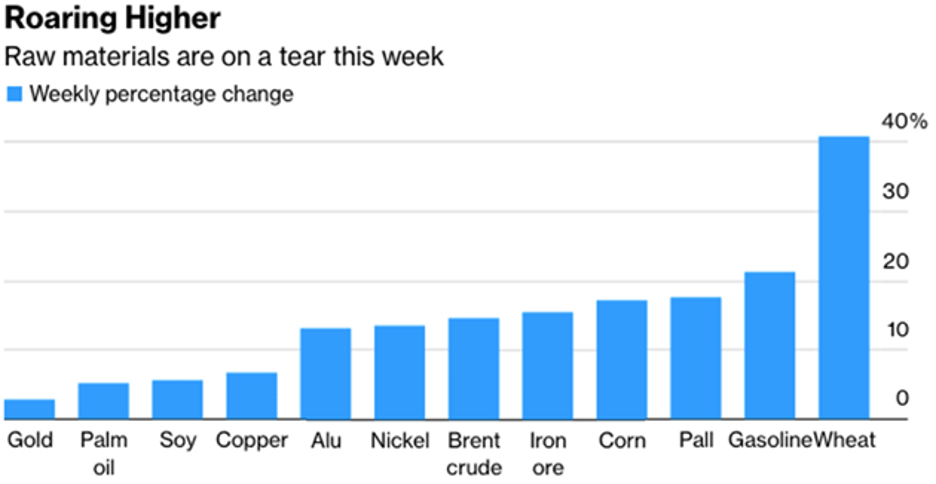 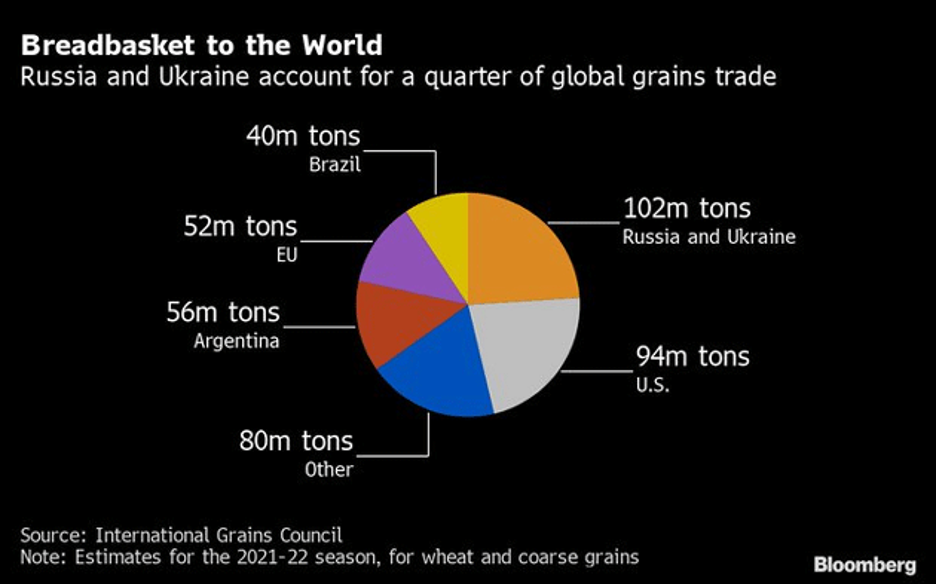 Every recession is preceded by a jump in energy prices. 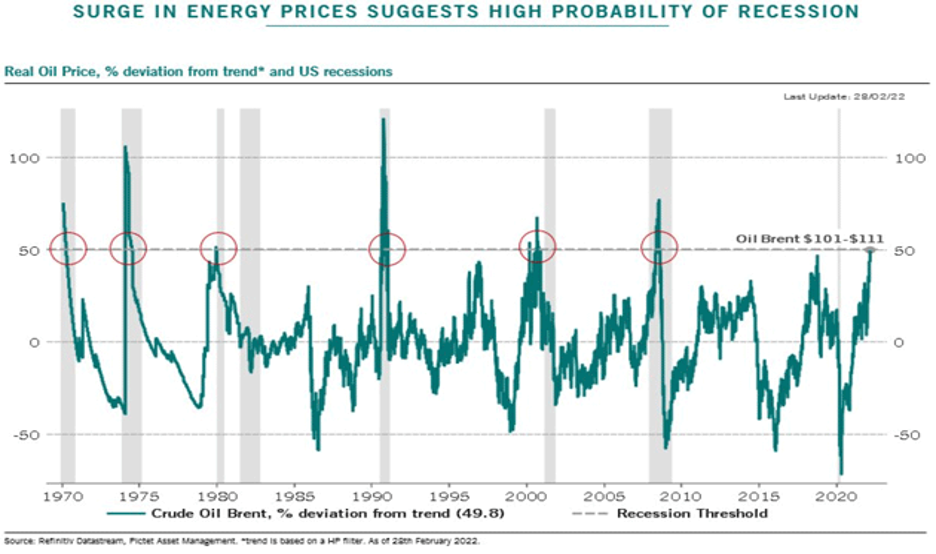 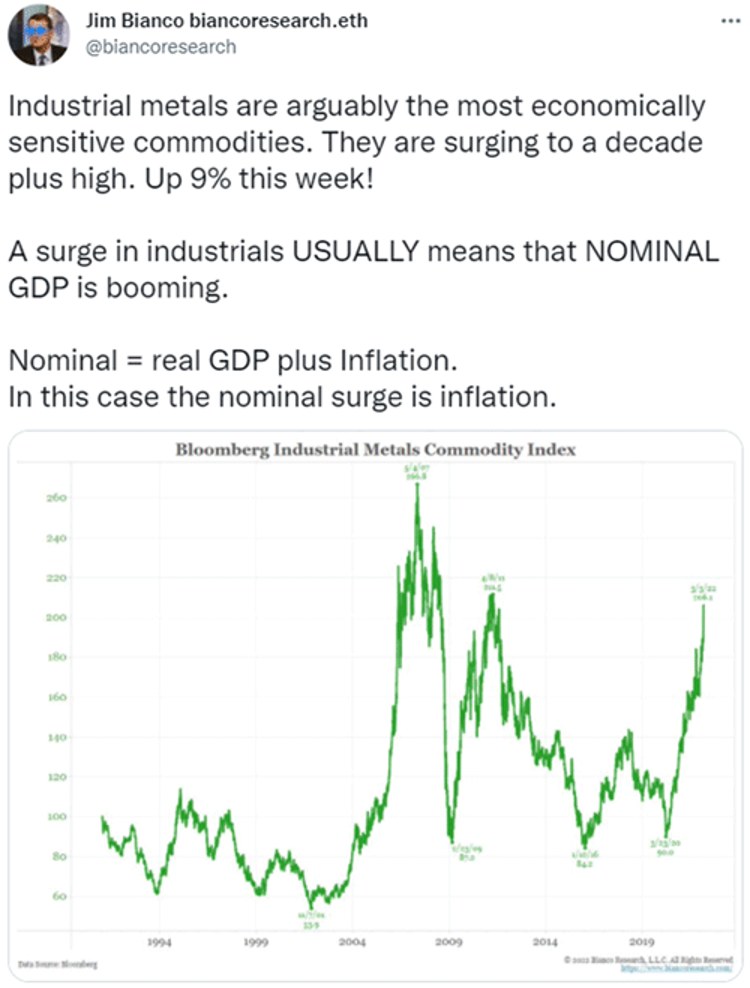 The United States has 100 nuclear reactors and 20% depends on uranium imports from Russia.

The US economy is slowing down. 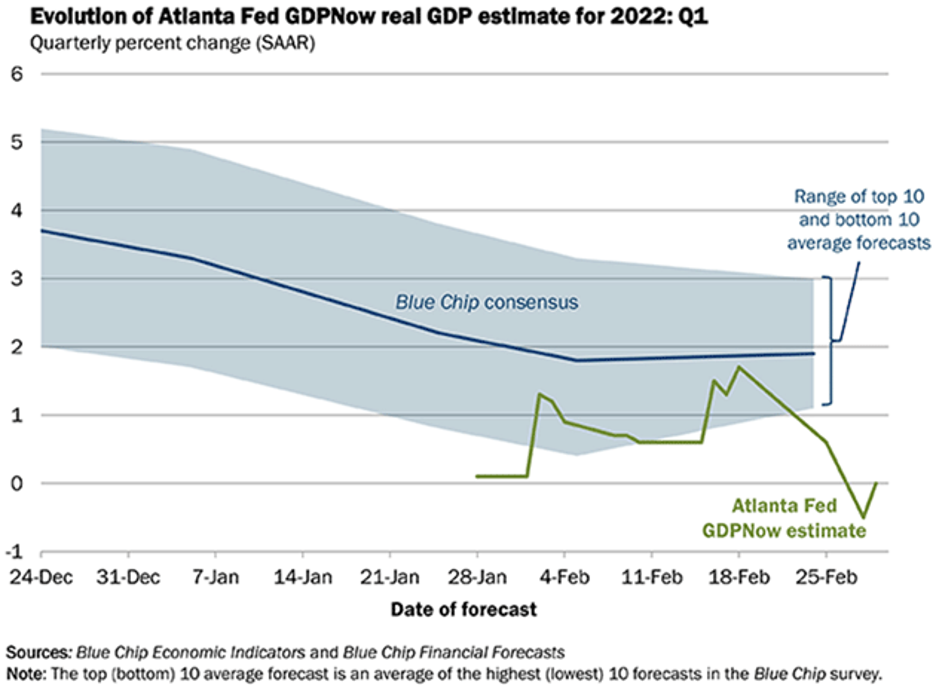 Increasing the price of gasoline by 1 cent costs the American economy – 1.4 billion dollars.

The ratio of loans and deposits, lending activities are drastically declining, because the risks are huge. 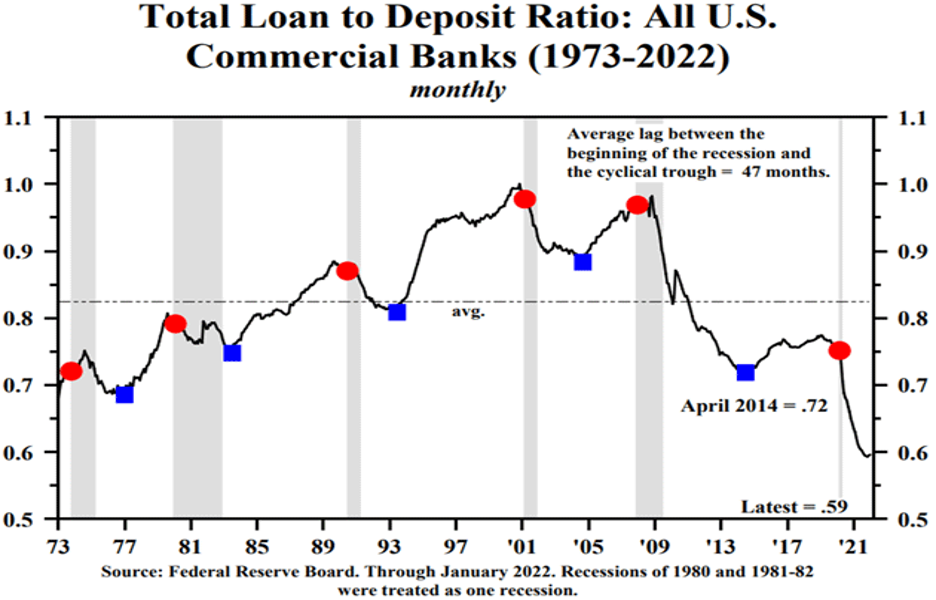 The dollar is ending its existence and must be replaced by a new currency that will be pegged to gold.

How much gold does the US have? Officially 8,000 tons, but that’s a big question mark.

The dollar has almost lost its value in relation to gold since 1971. 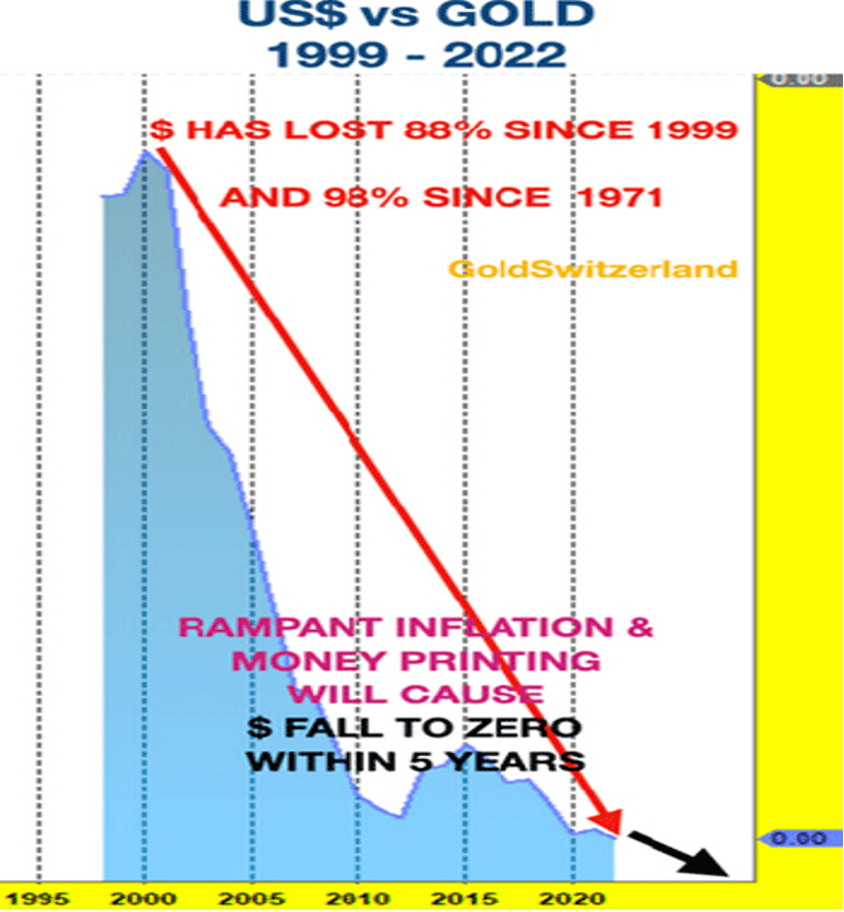 Measured by the methodology for calculating inflation from 1982, today the real inflation is at 19%, while it is officially 7.5%. 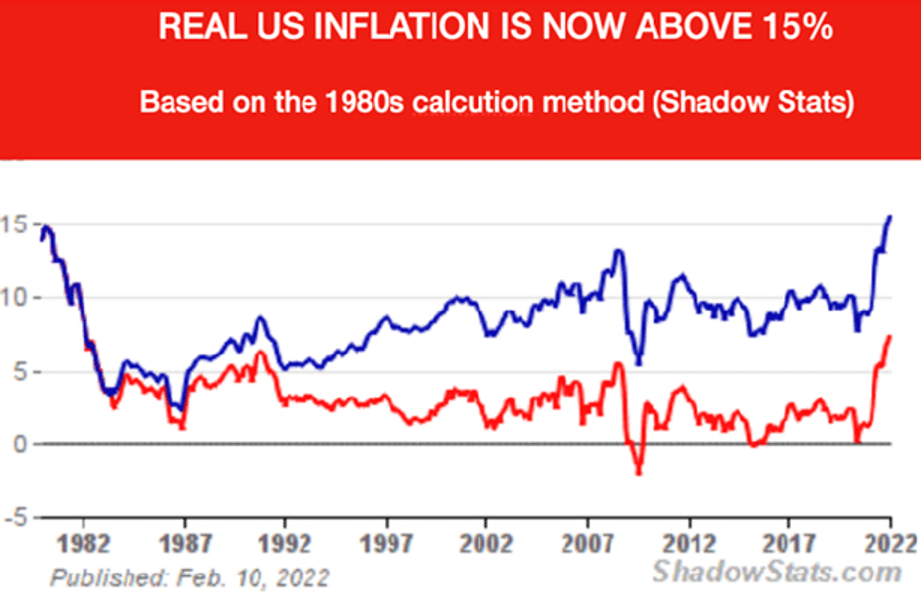 How does the Fed intend to stop double-digit inflation of 19%?

They also intend to raise the interest rate six times, until they reach a rate of 1.9%.

What will happen in the coming months?

Borrowing is becoming more expensive, the over-indebted state, companies and citizens cannot repay more expensive loans, the illiquidity of the system is growing, economic activity is falling, employees are being laid off, unemployment is rising, poverty is rising, prices are rising, and social conflicts are growing.

Here is how interest rates moved in the previous period from 1979-2022: 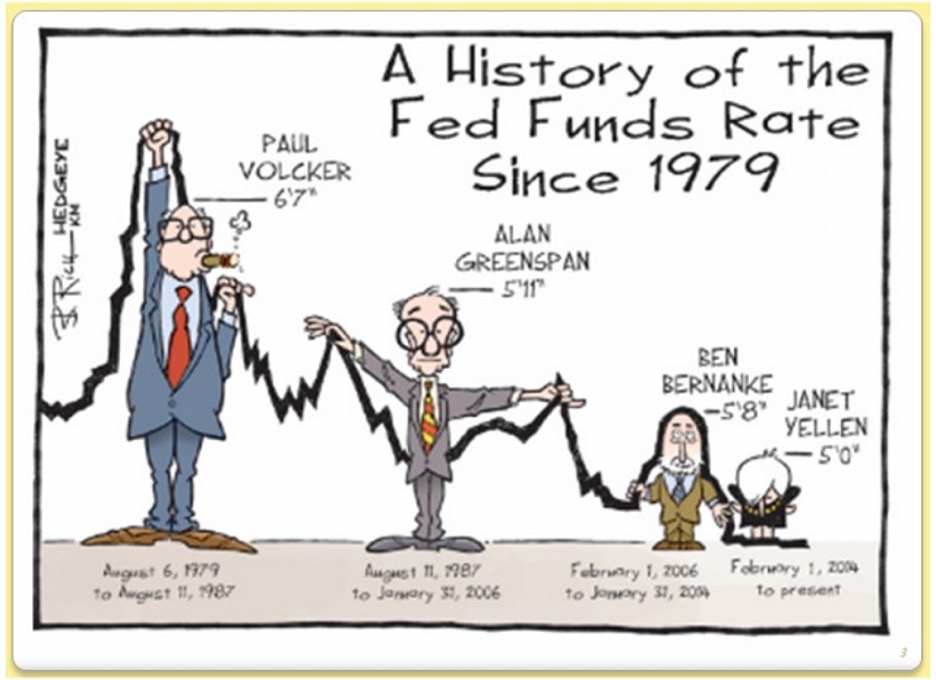 The higher the debt, the lower the economic growth rates. 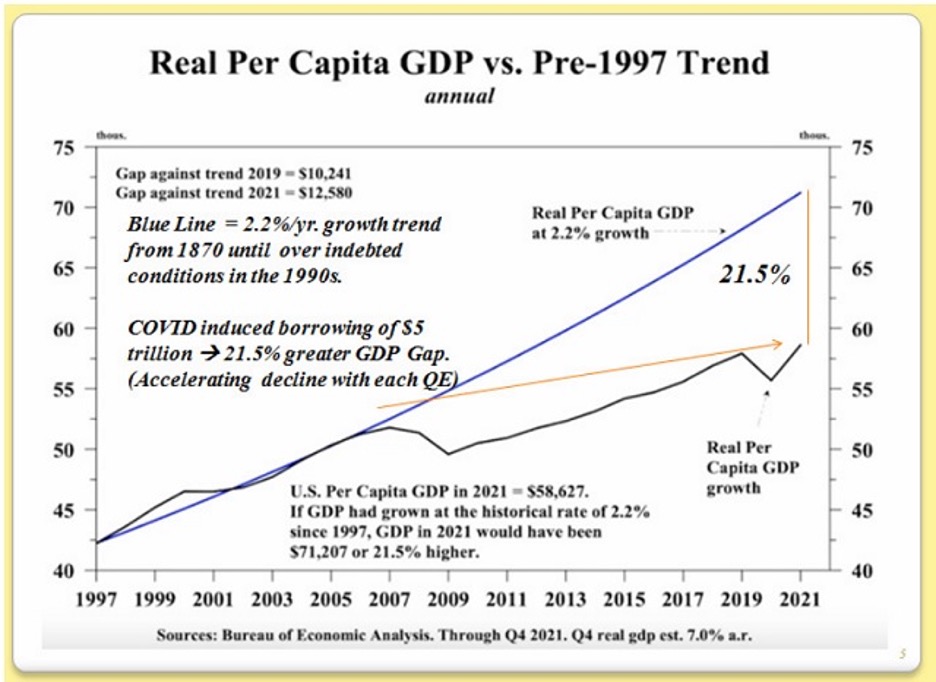 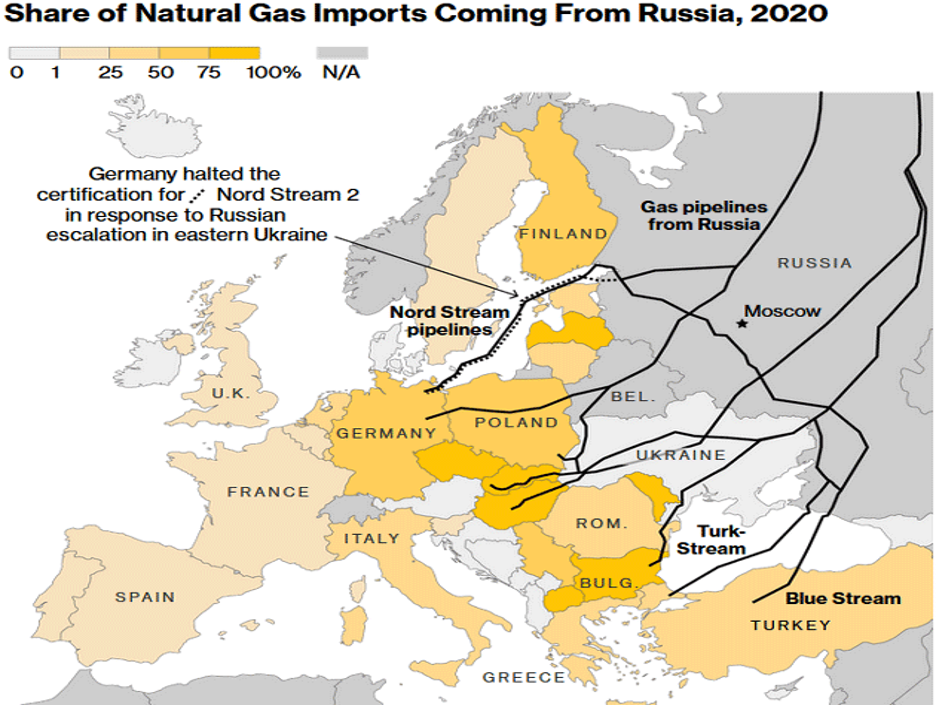 Industrial production at the beginning of the year fell 1.3%.

Russia has the largest gas reserves in the amount of 75,000 billion dollars. 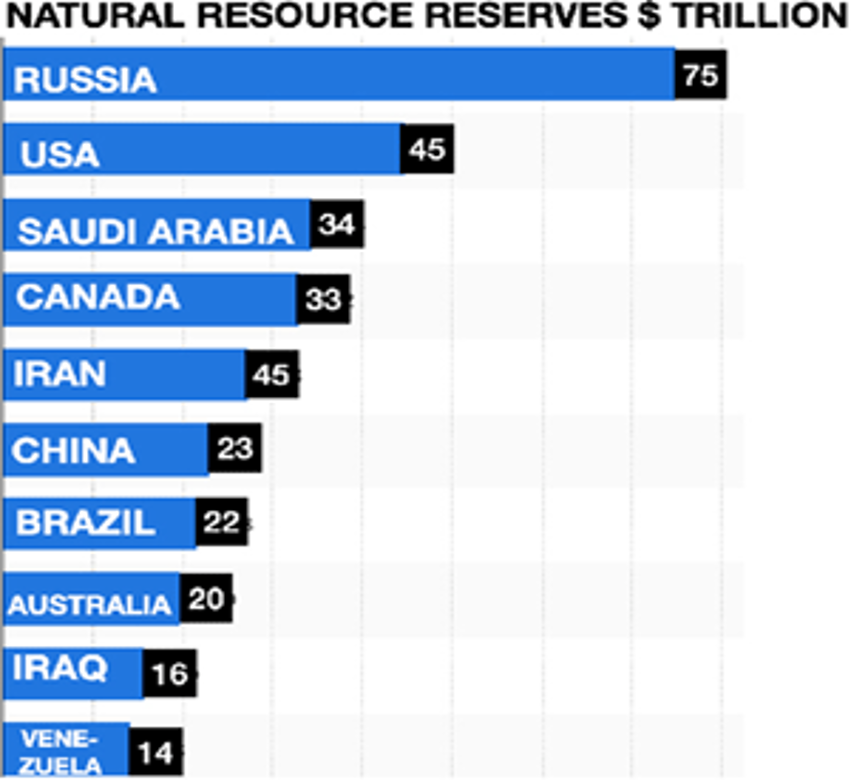 European countries that depend on Russian gas: 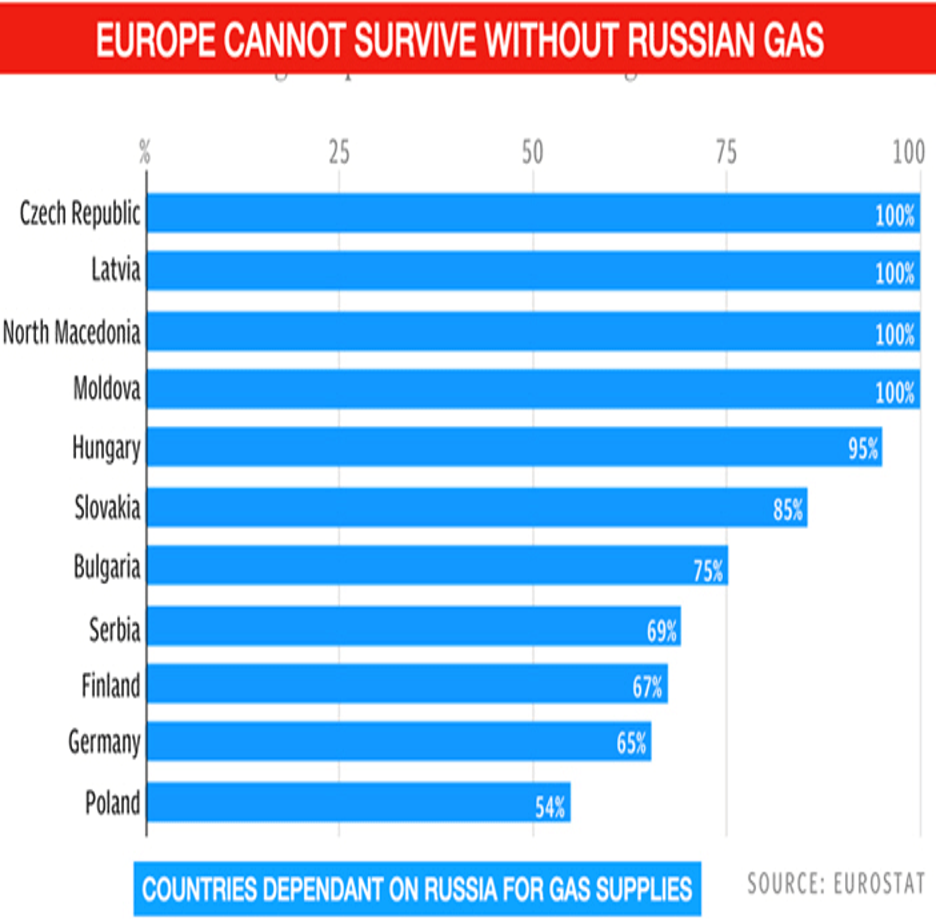 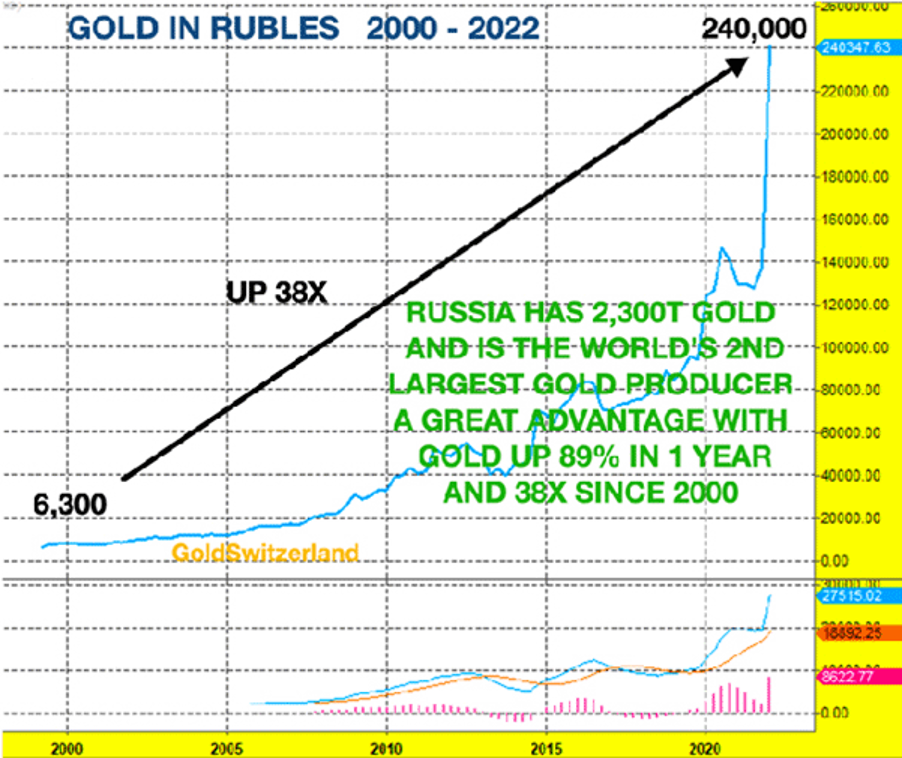 Russia has 40% of the world’s uranium production.

Ukraine produces about 70% of the world’s neon gas exports. While neon signs are mostly antique today, they are an important part of semiconductor manufacturing. This type of neon gas needs to be upgraded to a very high level of cleanliness. Two-thirds of the gas comes from a factory in Odesa, Ukraine. Also, ships that can transport this gas are not very common and could become even rarer if someone is working in the Black Sea.

Exports of cereals and sunflower oil from Russia and Ukraine: 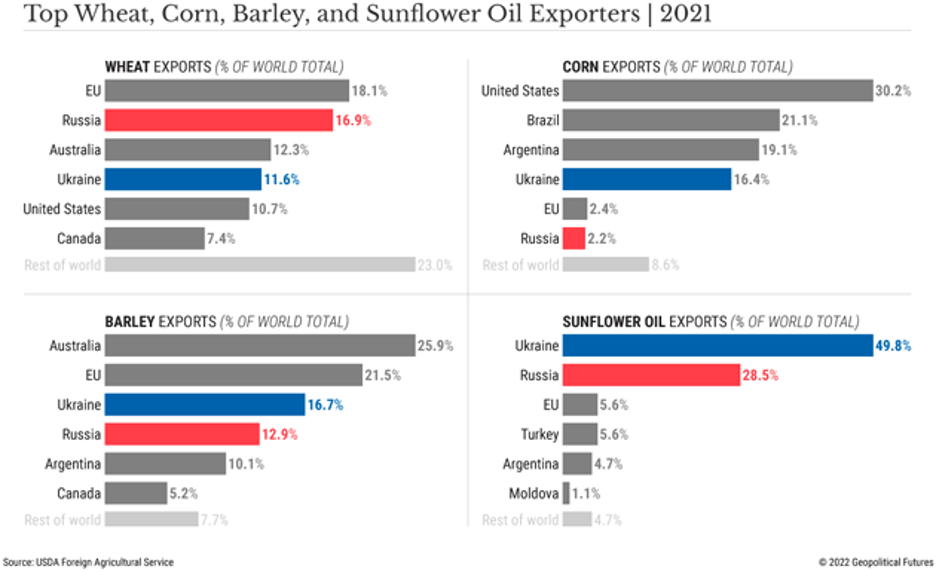 Dependence of Mediterranean countries on food imports from Russia and Ukraine.

China has large debts in dollars. 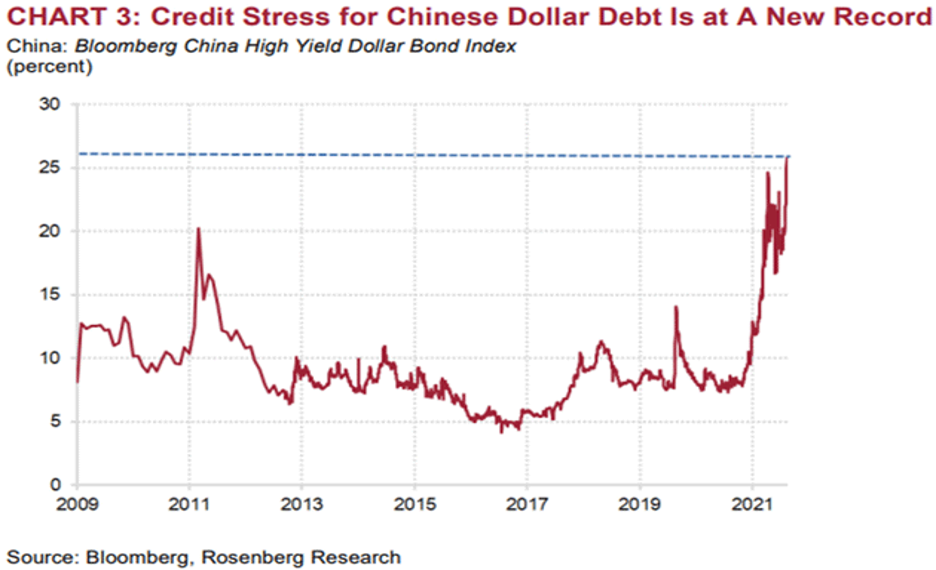 The Lech steel plant in Bavaria stopped steel production due to the high price of electricity. The steel plant consumes electricity as a city of 300,000 inhabitants.

Gold Price Forecast – If you were to enter today and want to cover part of the US Federal Reserve’s gold liabilities, the price of gold would have to skyrocket. In early 2022, it was calculated that gold prices would have to rise to $ 11,090 an ounce for one-third coverage and $ 18,150 an ounce for 54% coverage. 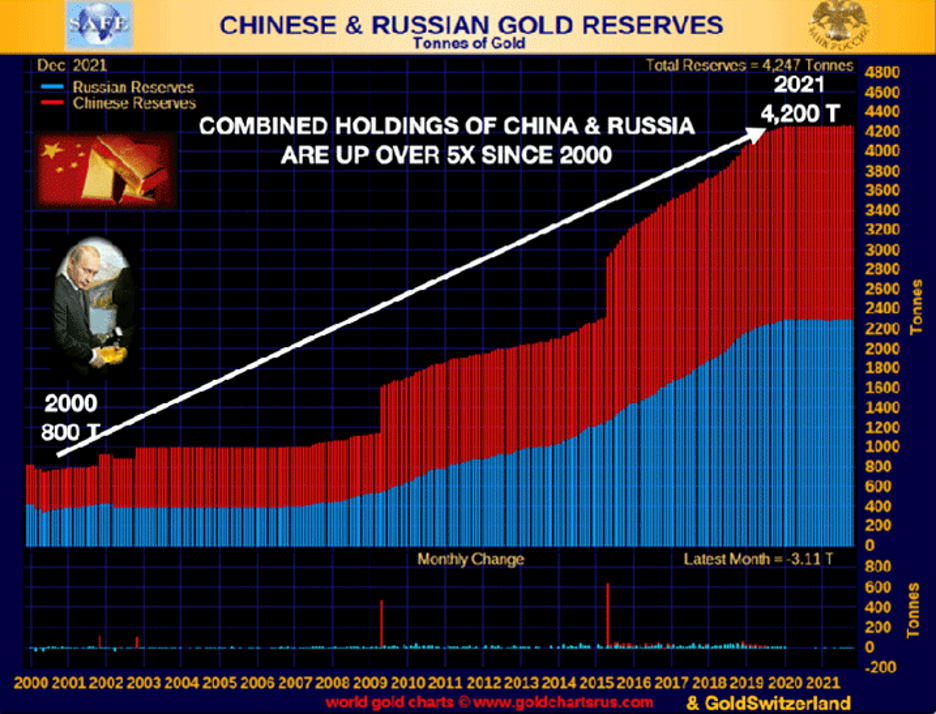 Credit Suisse analysts predict that gold will rise to a price of $ 2,285-2,300 / ounce very soon after the speculative fall.

Unthinkable, Saudi Arabia rejected the proposal of the President of the United States to increase oil production, to increase supply and calm prices, because it is not in the interest of Saudi Arabia.

This has never happened before.

Saudi Arabia has secured firm agreements with China and is freeing itself from dependence on petrodollars.