Prepare for the economic collapse.

The current financial and economic crisis was not caused by Covid or the current events in Ukraine. The current crisis began in August 2019 with problems in the banking system/repo market and was then exacerbated by Covid in early 2020. 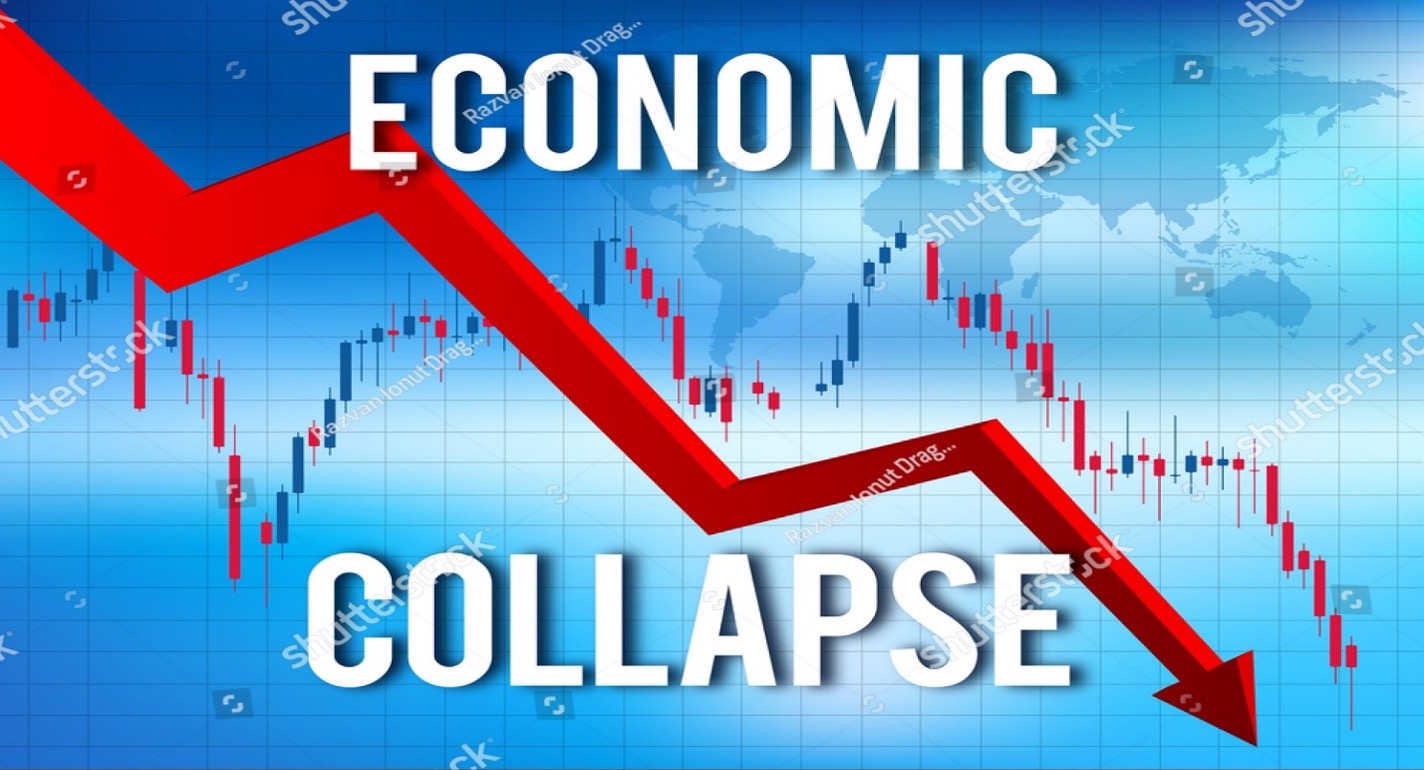 Official data on the growth of world debts.

Unofficial data, in my estimation, the world’s debts are twice as high. 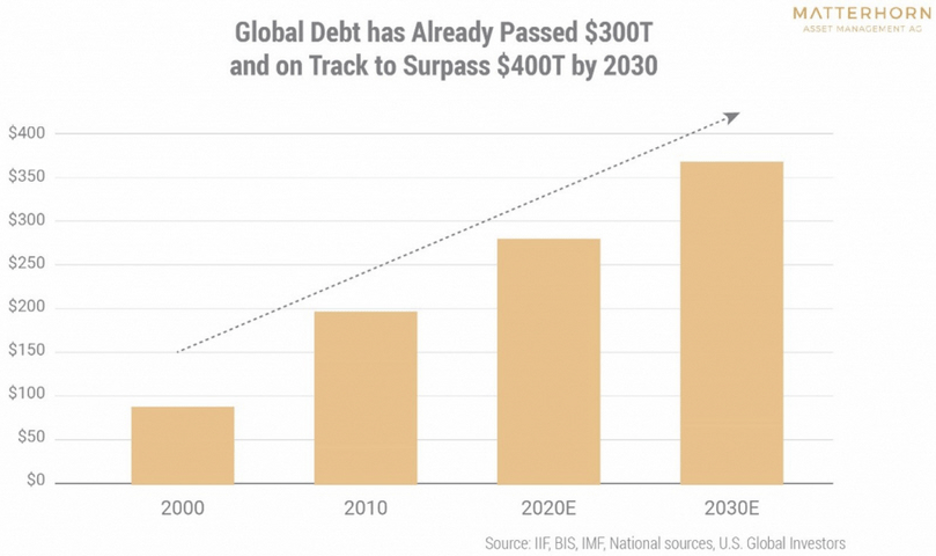 China with $ 3.2 trillion, Saudi Arabia with $ 447 billion, and India with $ 632 billion are just a few countries with the largest foreign exchange reserves. 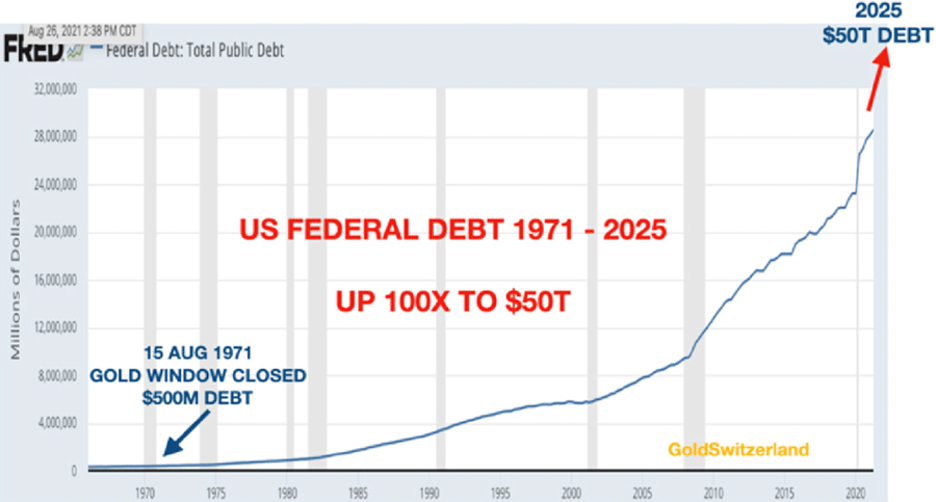 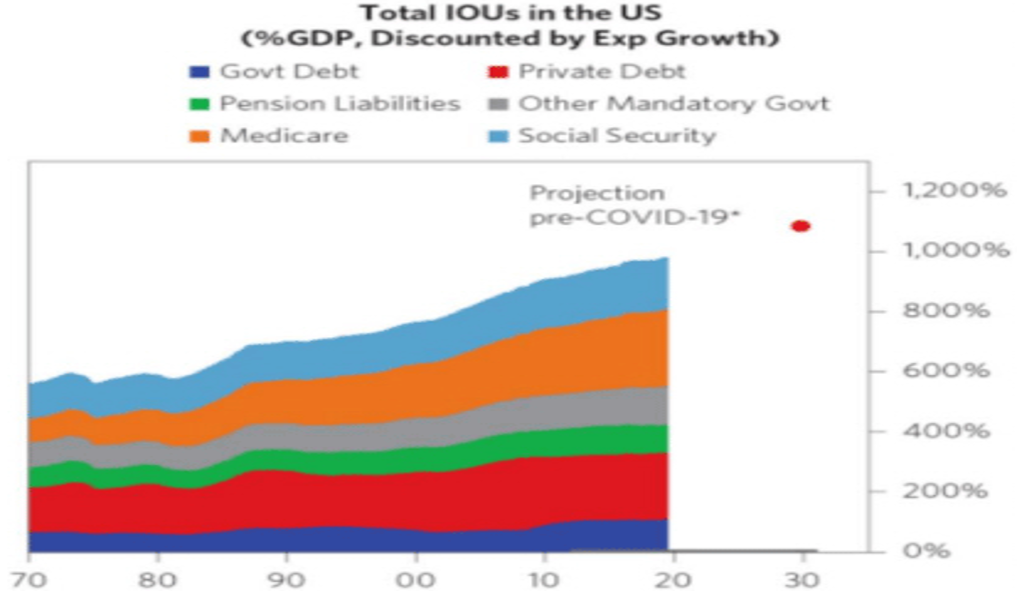 Young people are asking for their student loans to be written off, and they made a condition in voting for politicians. 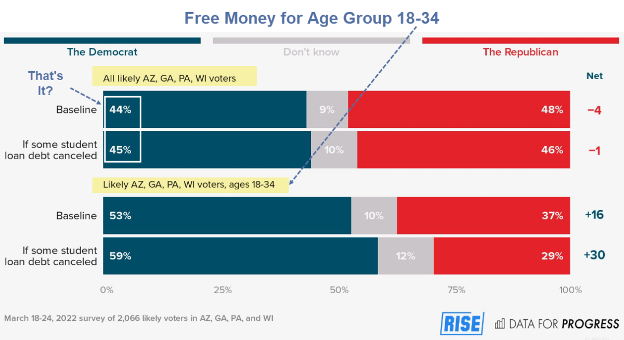 The yield curve indicated a recession and the emergence of a pandemic in the fall of 2019. 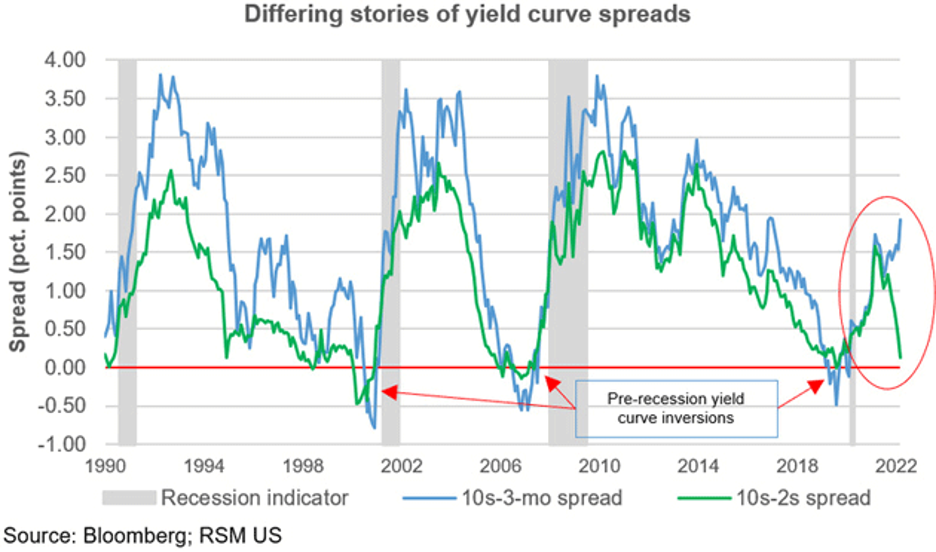 Inflation is heating up. 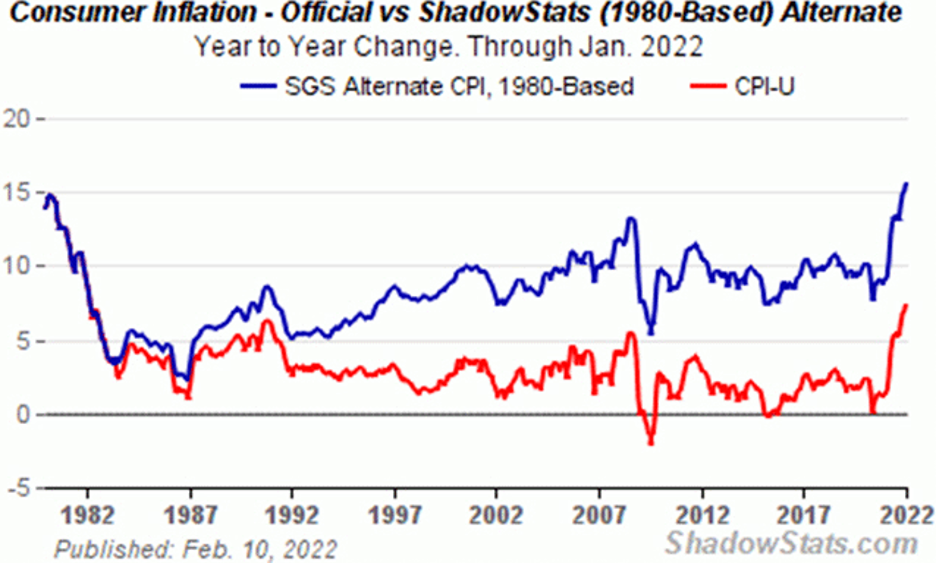 Yields on US bonds are growing.

The growth of the M2 money supply is slowing down, which means that the Fed is trying to reduce the insertion of counterfeit dollars into the diseased financial system and increase the interest rate to curb galloping inflation. 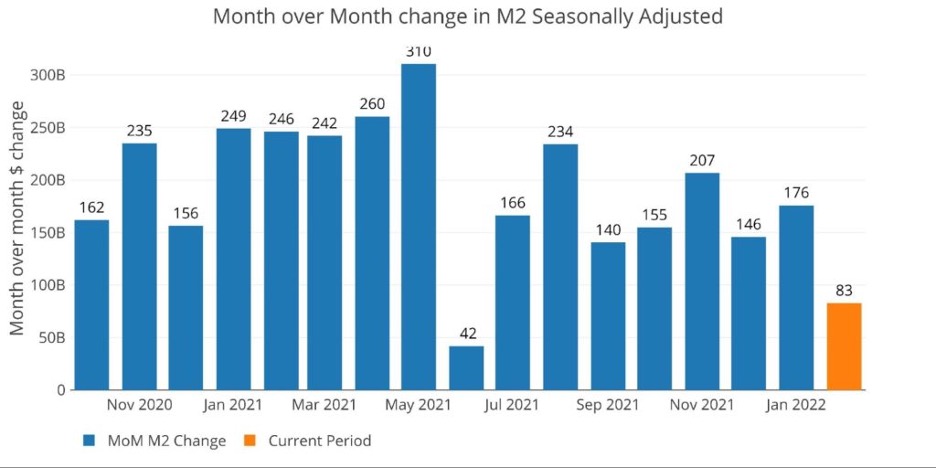 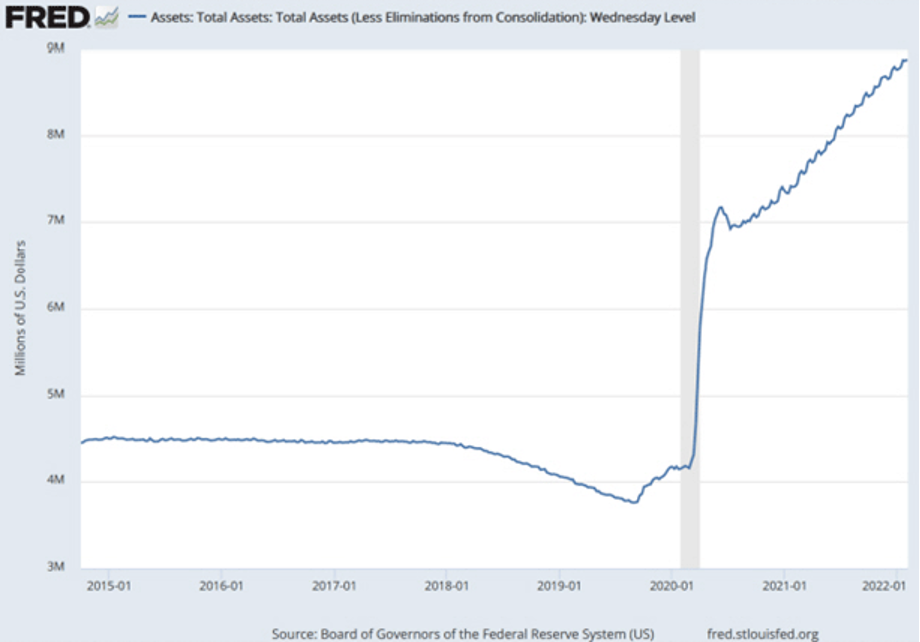 The European Union has received the right from the member states to take over more than 800 billion debts for which there are no legal sources of income, first for the fight against the Covid, and then for the green restructuring of the “Green Deal”.

The background was that France, Italy, Greece, and Spain were illiquid and urgently needed money so that they could continue to participate in the euro and the EU. Half of the 800 billion will be given as a gift and half as a loan. Italy, France, and Spain have already received around 200 billion. Bankrupt Italy has been flourishing ever since.

Industrial production at the beginning of the year fell by 1.3%.

Percentage of energy in the GDP of Europe and the USA. 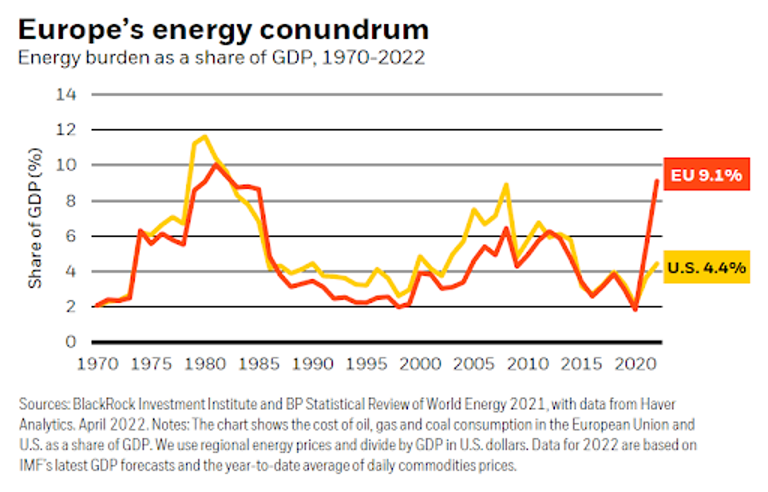 Russia responded to the sanctions and the confiscation of Russia’s foreign exchange reserves by demanding that exports be paid in rubles and set the price of the ruble against gold at 5,000 rubles per gram. Russia has also offered to accept payments directly in gold and even in bitcoins. Russia, China, India, and Saudi Arabia are among the countries trying to establish non-US dollar-based trade systems outside US control. Even allies might realize that relying entirely on the dollar and the goodwill of the U.S. government carries risks.

The price of oil and Russian foreign exchange reserves.

According to my estimate, 56.4% of Russia’s foreign exchange reserves are blocked. 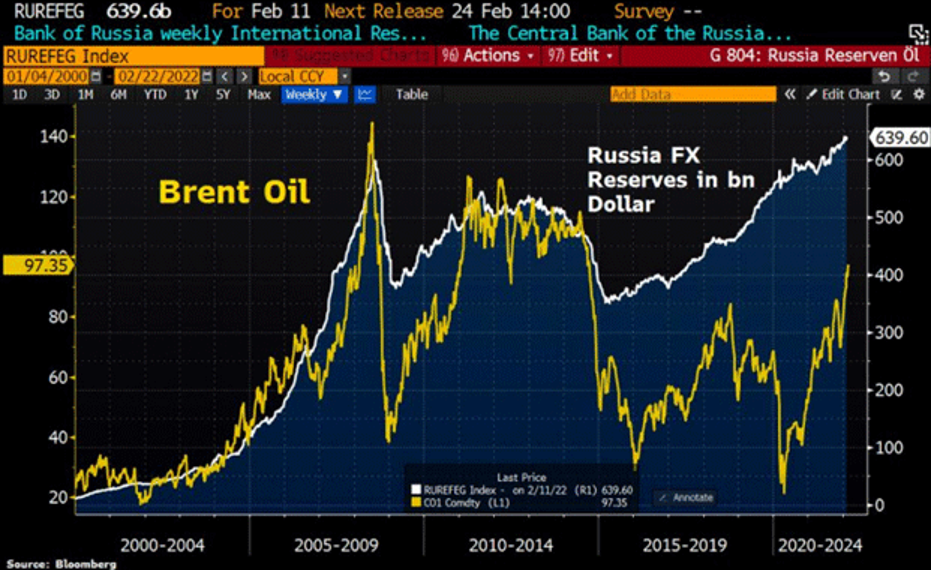 Forecasts are that Russia will earn a record from gas exports this year – 321 billion dollars.

Although the forecast for the economic growth rate for this year has been reduced to 5.5%, it seems that this rate will not be achieved either.

There has been a large flight of capital from China in the last few months, as they sold shares on Chinese stock exchanges for 15.7 billion dollars in four weeks.

China and Russia have agreed on a 30-year gas agreement, through a new pipeline, which will be operational in three years. 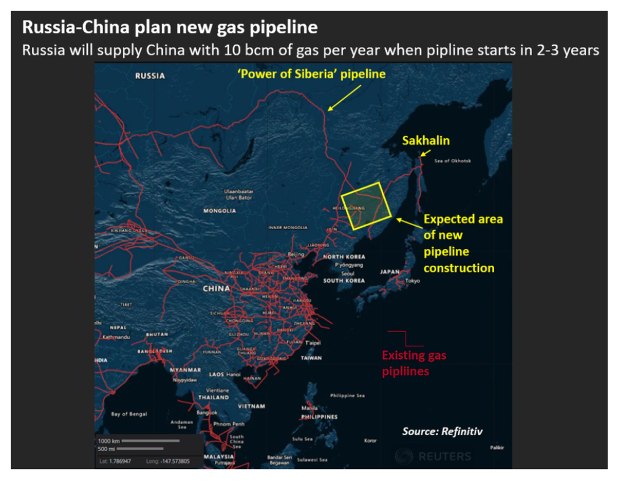 India had approximately 55% market share in global IT source and business process management, according to an IBEF report. There are already 750 million smartphone users, according to a Deloitte TMT report from November 2021. The huge number of IT professionals and fintech and the robust digital technology user base can turn into a big advantage. Building its own digital cryptocurrency and financial blockchain network, as well as encouraging their adoption, is at India’s fingertips.

The German economy, after two consecutive quarters in the red, fell into recession.

The Covid pandemic has raised the debt of the German government to the highest level. At the end of 2021, federal, state, municipal, and social security funds, including all extra-budgetary funds, set a target of almost 2.32 trillion euros, according to the Federal Bureau of Statistics. That is 6.8 percent or 146.9 billion euros more than at the end of 2020, “which is still a consequence of the measures taken by the federal government, but also some countries in the fight against the Covid pandemic,” according to statisticians. That amount corresponds to a debt per capita of 27,906 euros.

I do not understand Germany’s energy strategy at all.

Germany is indirectly responsible for debts across Europe of around 3 trillion euros.

Member States’ target debts, which have been growing over the years (more than a trillion euros in clearing accounts with the ECB), have also become growing permanent debts to Germany. No one in the debtor countries is thinking about paying compensation anymore.

Under Presidents Mario Draghi and Christine Lagarde, who had a criminal records for corruption, the ECB unilaterally and unjustifiably decided instead of contractually agreed currency stability to use the new purpose of government funding to buy government debt and finance the EU’s Green Deal, monetary stability will now permanently sacrifice these new goals, devalue the currency, expropriate citizens for interest on their savings (about 346 billion euros), and central bank policy is subordinated to the ruling political and financial powers.

This can only end in the collapse of the currency, especially at the expense of Germany, as well as any misuse of currency in history.

As a result, we are witnessing unprecedented subsidies to the financial industry. Combined with pre-programmed inflation due to the extreme expansion of the money supply, we are experiencing one of the most gigantic redistributions of wealth from the rich middle class to the favored financial industry. This redistribution process is exacerbated by the fact that not only monetary assets are devalued by inflation, but the middle class will also be robbed to finance these “financial industry bailout packages” by further increasing mandatory taxes.

More than 60% of the price of fuel is public taxes.

Nine different taxes, levies, and duties have been added to electricity as public fees. Only 24.1% of electricity costs remain on electricity production. More than that, 24.5% are network fees, 6.4% electricity tax, 19% sales tax, 20.4% EEG surcharge, 5.2% concession fee, 1.35% NEV fee for electricity, 2.13% offshore network charges, 0.79% KVKG surcharges and 0.02% AbLaV surcharges. More than half (51.4%) of our dizzying electricity prices are therefore mostly government costs that are not charged by the tax authorities but must be paid to electricity suppliers by more than 40 million households – angry about rising costs. they then have to pass it on to the tax administrations.

Out of 34.6 cents for kWh of electricity (2022), more than 18 cents are falsely smuggled into public taxes and levies that the citizen does not notice, whose anger should be shifted to electricity suppliers, while the real culprit – the government – daily whispers about social benefits, which it doesn’t want because of tax breaks.

Be wise and run from the stock market. 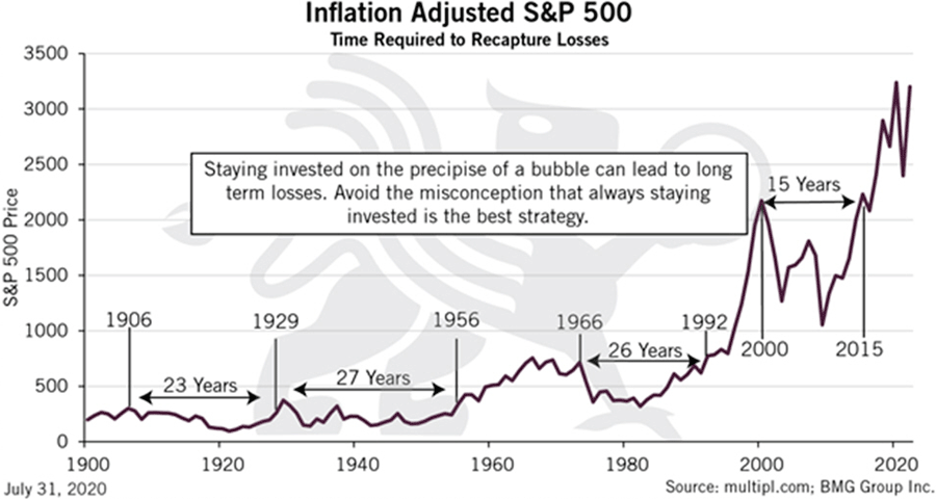 A mega balloon was created by the Fed by printing dollars without cover. 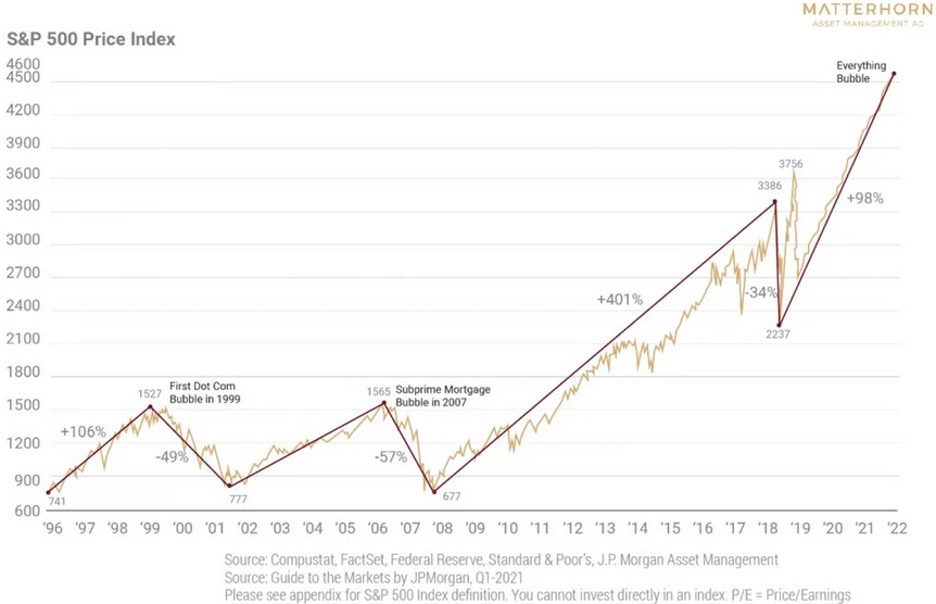 The estimate of how much the stock market may fall:

Gold is significantly undervalued, followed by a dramatic rise in the price of gold. 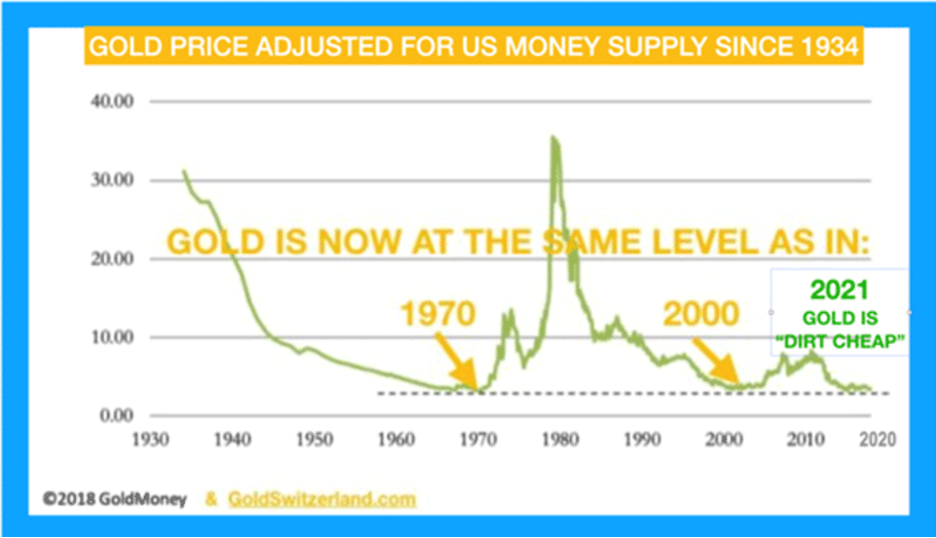 Comparison with the S&P index: 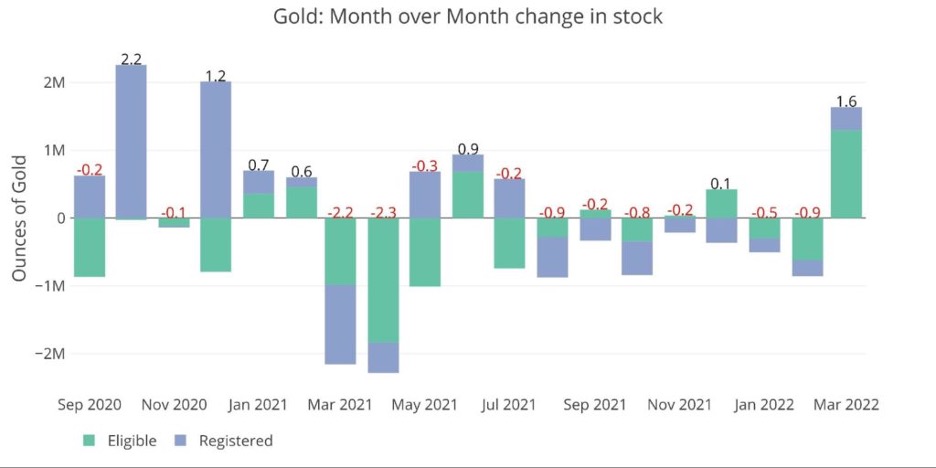 Gold is the safest asset. 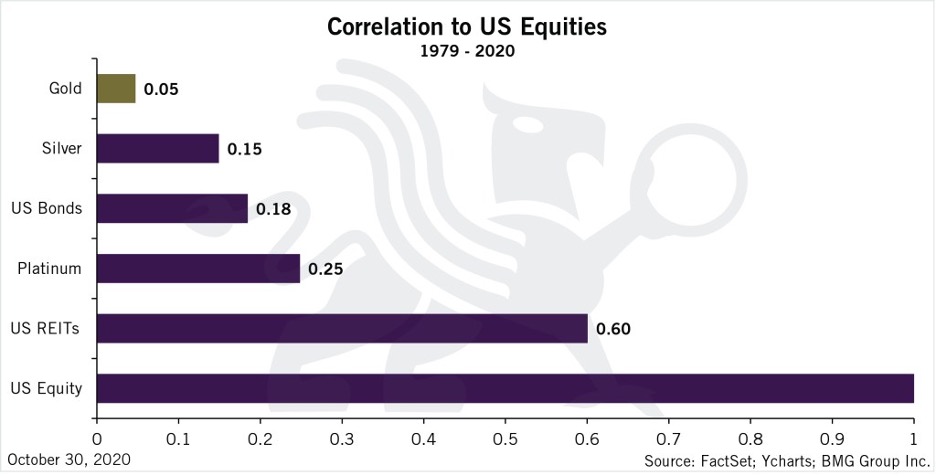 It is most profitable to invest in gold. 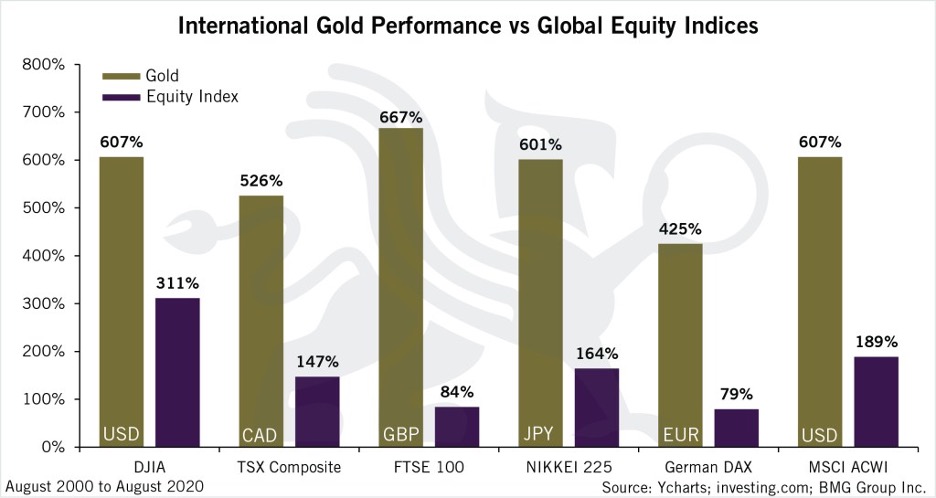 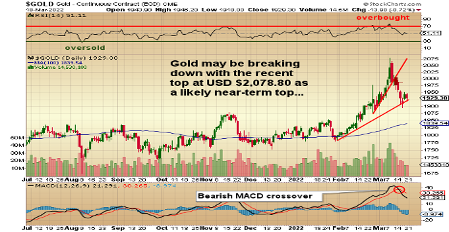 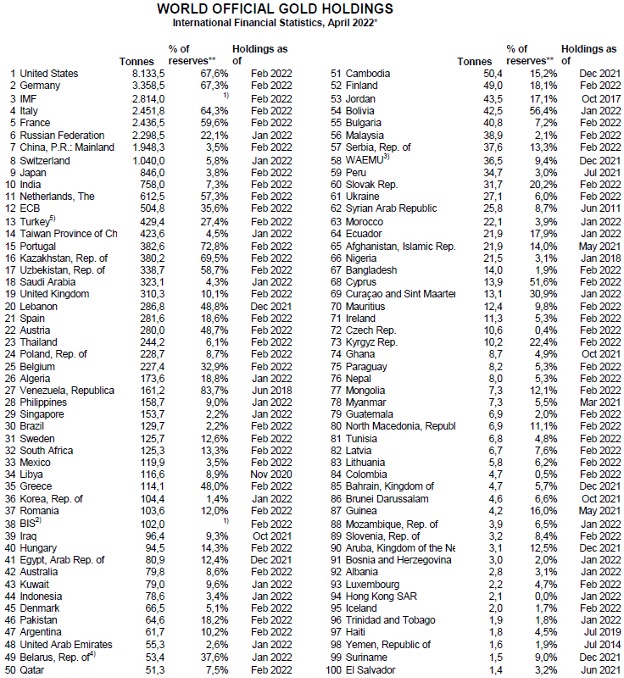 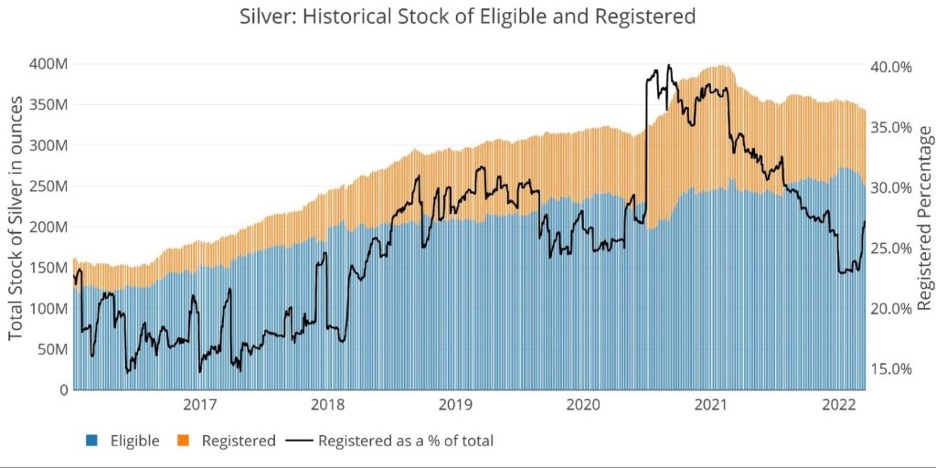 Although the United States has banned European countries from buying Russian oil, American companies have continued to buy Russian oil and have increased their purchases by 43% in the last month.

After the decree that energy products are sold in rubles, there was a significant recovery in the Russian ruble.

It was interesting to me that the Vatican Bank was the first to announce that it accepts payments in rubles.

After that, the Netherlands and Slovakia confirmed.

An increasing number of countries are considering the possibility of paying in rubles.