Biden introduced new regulations that support the American industry with the “Buy American Program”. The intention is to support suppliers to buy more American components for production. It is now 55%, they intend to raise it to 60%, while by 2029 it would reach 75%.

Alzheimer’s disease affects 6 million people in the United States and affects 500,000 people each year. Great controversy over the new drug, which costs $ 56,000 a year, the ICER Institute believes that it is an inflated price and that the drug should not cost more than $ 8,400 a year. Several investigative proceedings have been initiated.

The ASPEN Institute claims that 15 million Americans are late with the payment of rent and that the debt has risen to 20 billion dollars. Over 3.6 million Americans will have to move out in the next two months, because the law from September 2020, when the moratorium on the eviction of those who do not pay rents due to KOVID, ceases to be valid.

The Fed and Congress have spent thousands of billions of euros to lift the population out of poverty and have failed. Everything was wrong. The economic policy of throwing money out of helicopters proved to be completely meaningless.

Optimism in the economy is disappearing due to rising inflation. House prices rose 23% last year and have continued to rise this year. Hay bales for livestock feed have risen over 20% in the last few months, while used cars have risen over 45%.

The Fed governor and strictly controlled media continue to say that inflation is temporary and will return to within 2% per year.

Employment before the pandemic was 152 million, today only 145 million Americans.

Before the pandemic, 95 million Americans were never employed, today over 101 million.

The real unemployment rate is above 25%.

Over 54% of Americans responded in July that the economy was in extremely poor shape.

What does the Fed do?

The unemployment rate fell to 4.8%.

The main problem remains the high export of oil and gas raw materials, which in 2019 account for 57% of exports, which shows that Russia is using its resources inefficiently.

Over 20.5 million people live in poverty.

The ECB bought government bonds, corporate bonds and other 88 billion euros worth of securities in July.

Thus, through the PEPP program, the ECB accumulated securities worth – 1,200 billion euros.

The unemployment rate fell to 7.7% in June.

China is turning Shanghai into an experimental laboratory for the internationalization of the national digital currency – the renminbi.

The unemployment rate fell to -2.9% in June.

IFO Institute surveyed 2,700 industrial companies – 64% of companies have problems because they lack production materials, over 72% of electronic device manufacturers complained about the lack of materials and 70% of machine manufacturers.

In South Africa, prices have risen significantly recently. The rand, one of the strongest currencies in the developing market this year, has recently lost value. If at first, it looked like an economic recovery driven by global demand for raw materials, the outlook is deteriorating significantly. Lockdown restrictions apply due to the third wave of the corona. There were also violent protests in connection with the arrest of former President Jakob Zuma.

Experts expect the central bank to keep stable interest rates low. In May, monetary authorities assumed a GDP growth of 4.2 percent this year. Some experts estimate that the unrest could cost 0.4 percentage points of growth.

During this period, gold jumped to $ 1,833, but paper speculators knocked it down again.

It is 50 years since Richard Nixon, on August 15, 1971, temporarily, as he announced, abolished the gold standard in order to protect the dollar. 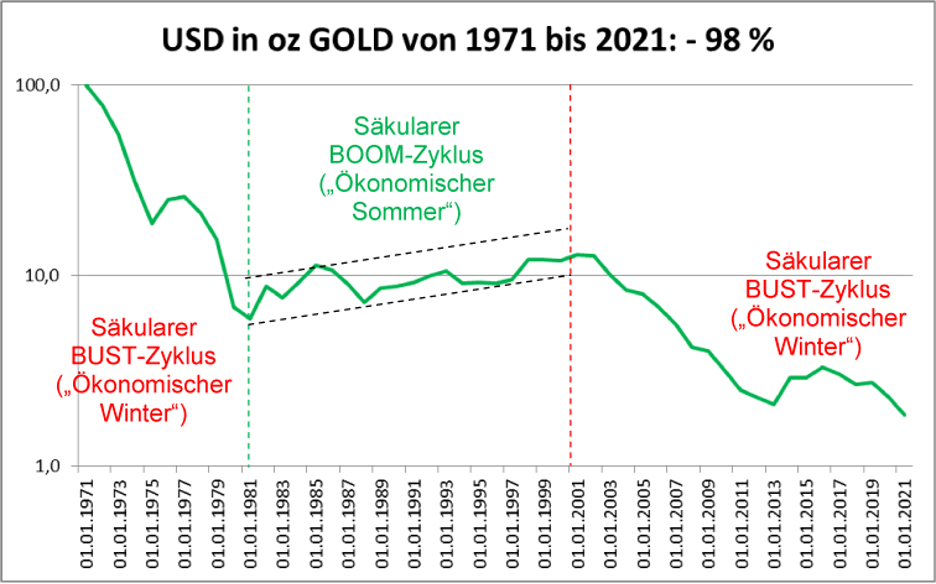 Analysts explain that the reason for the drop in demand for oil in China, the USA and Australia is mostly due to the Delta virus and the new closures.

Investment analysts David Tica and Guggenheim fund manager Scott Minerd predict that bitcoin will fall to $ 15,000 by the end of the year.