Why is inflation rising?

Large printing of dollars without cover leads to an increase in demand in relation to the supply of goods.

With services, that gap is much smaller.

Millions of people did not return to work because they received helicopter money and were not stimulated to return to work, thus the number of employees did not reach the period before the pandemic.

Observed in the long run, we could see that in 2020 there was a big drop in employment and that there is still no recovery, which leads to a great demand for manual labor.

Last week, one maid at a hotel in New York received $ 30 an hour.

The current policy of printing the dollar without cover continues.

Real inflation is over 15%.

The Fed must not raise interest rates, because that would lead to the collapse of the state.

Over 55% of companies do not believe in the economic policy of the Government.

Over 87% of companies stated that it is extremely difficult to run a business in Russia.

Chinese gold imports through Hong Kong jumped by 56% in October, compared to September.

Significant decline in Alibaba stock prices since the beginning of the year and growth of JD.com 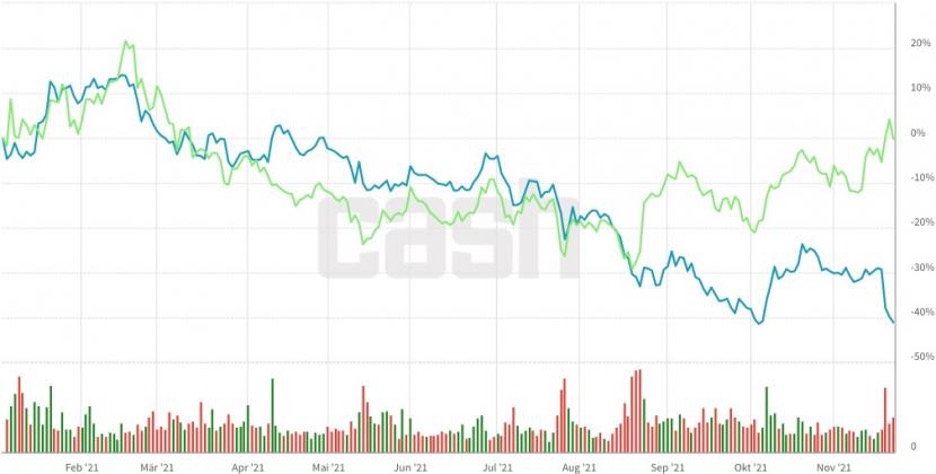 In the third quarter, GDP grew by 1.7%, mostly due to the growth of private consumption of -6.2%.

Exports and investment in equipment fell, due to supply bottlenecks.

The economy is expected to slow down and there will be no growth in the fourth quarter.

The Central Bank of Kazakhstan has sold over 2.5 tons of physical gold to citizens since 2017.

European stock exchanges are in the biggest decline, especially tourism companies and airlines.

Allianz is investing 1 billion euros in the production of optical fibers in Austria.

Gold has been speculated all week and recovered to $ 1,810 / ounce.

It is estimated that silver could reach $ 50 / ounce next year.

The Biden administration is making desperate moves and intervening in the market with its oil from the reserves of 50 million barrels, to calm the price.

Strengthening continued for the entire week at 1.1274

One of the largest Islamic organizations in Indonesia is asking for the banning of cryptocurrencies because they are not according to Sharia law.