Technology billionaire Elon Musk is the spokesman for the Family. He is always the first to state what he is told to say. So, at the beginning of this week, he announced that civilization will fail if children are not born because the birth rate has become a big problem.

Is the Family renouncing the current plan that the planet is overpopulated and that 1.5 billion people should live on the planet?

Inflation is becoming an increasing reality, despite denials from the Fed and the Biden administration. Inflation is not the current summer downpour, but a serious economic problem. Astronomical government costs cannot be covered by counterfeit money, which is printed in thousands of billions of dollars. 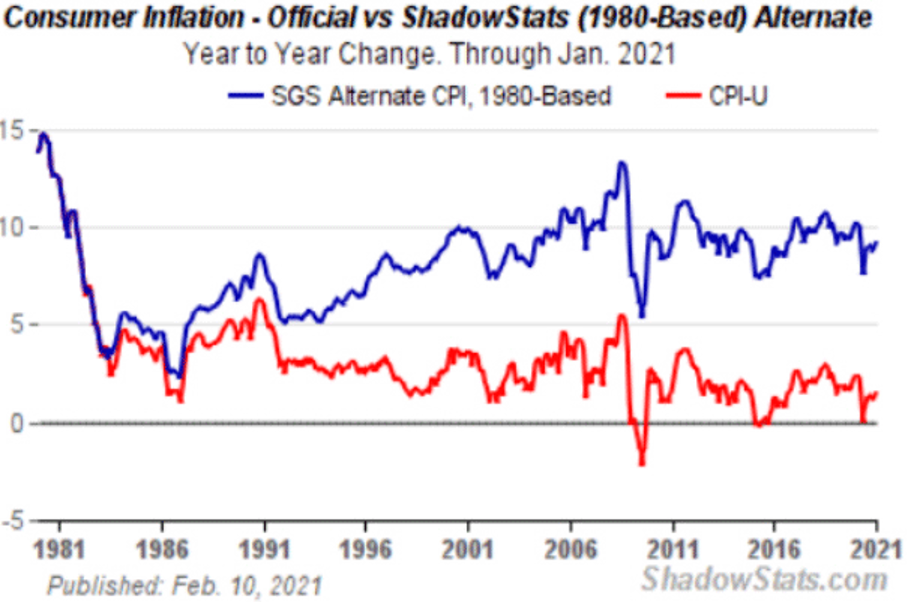 Rents for apartments increased by 30%.

The GDP growth rate fell to 0.5% in the third quarter, which is evidence of stagflation.

According to a Bank of America survey, 2/3 of investors still believe the Fed’s lie that inflation is temporary.

Unbelievable things are happening in the United States, the Biden government is considering allocating $ 450,000 to $ 1,000,000 to illegal immigrants for each family who experienced humiliation while crossing the border.

At the same time, $ 100,000 is being set aside for the families of the killed American soldier.

The Fed is considering the possibility of reducing the monthly injection of 120 billion dollars into the diseased financial system, but I believe that this will not happen because it would lead to a financial collapse.

Any increase in interest rates would lead to the complete illiquidity of the financial system.

Stock markets fall when the Fed raises interest rates or reduces the inflow of counterfeit money.

The Fed punishes all savers, retirees, and prudent investors with low-interest rates while stimulating speculators and stockbrokers.

Such a policy leads to growing inequality and stratification in society, which leads to today’s social unrest. 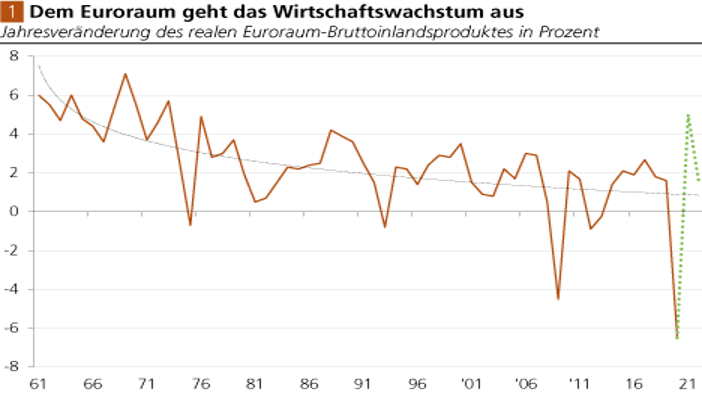 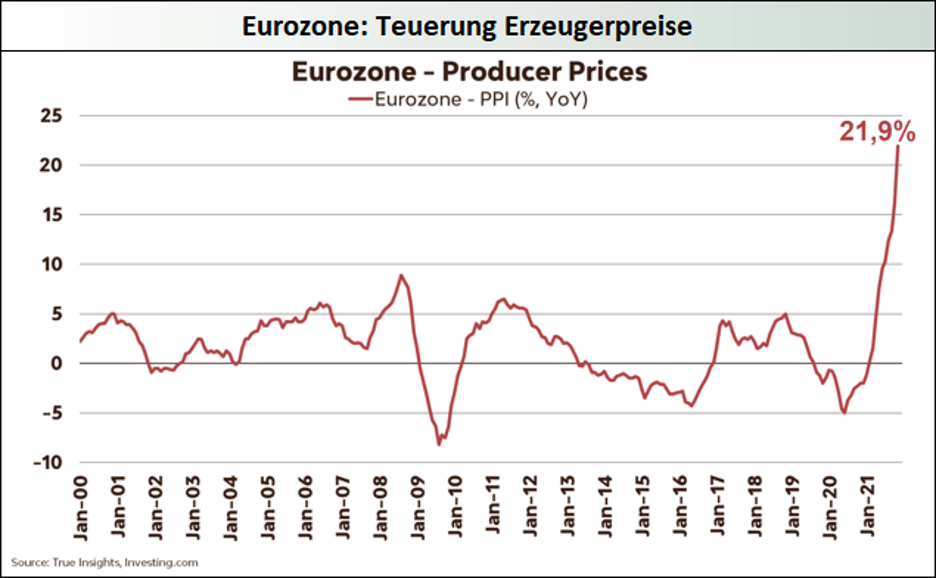 The balance sheet of commercial banks from November 2021 is 37.400 billion euros.

The total balance of the banking system in euros – 49.4 trillion euros. 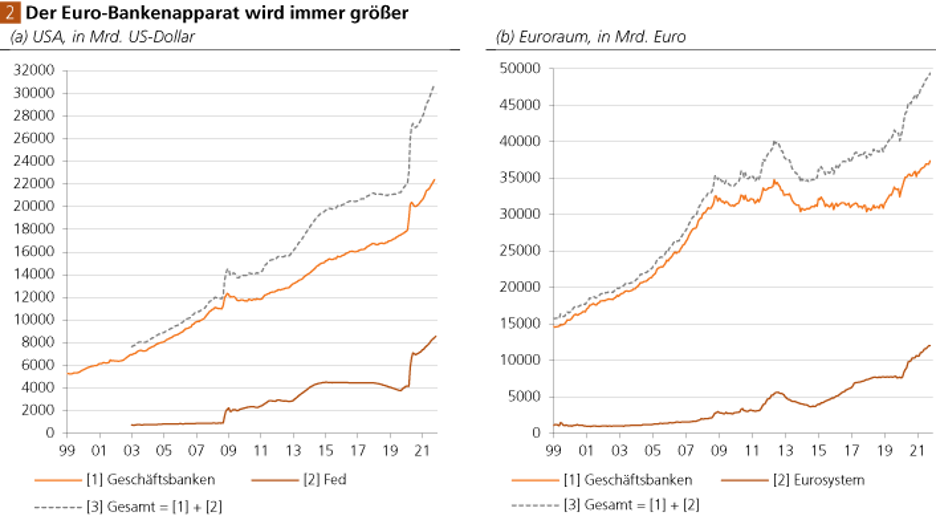 Since the introduction of the euro, the average growth of the balance sheet of commercial banks – 4.2%, while the average economic growth was only – 2.6%.

This is proof that the money supply grew much faster than the growth of goods production.

Percentage of debt to GDP and money supply growth M3. 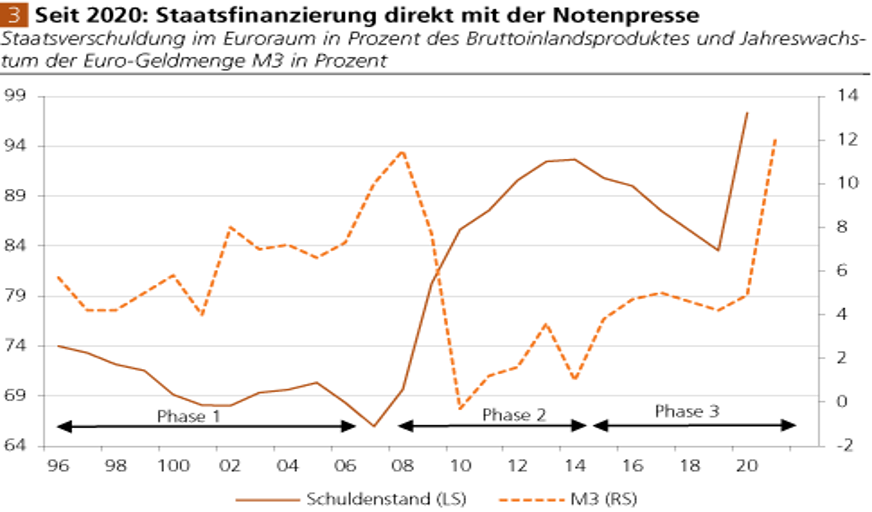 Putin ordered the governor of the Central Bank to reduce inflation to 4-4.6%.

Inflation cannot be reduced and determined by decrees and orders.

Over 58% of businessmen assessed the economic situation in the Russian Federation as catastrophic.

Inflation can be curbed by changing the existing economic system.

Real estate company EVERGRANDE, whose debt grew to $ 300 billion, was unable to pay $ 82.5 million in interest this week, although it received a 30-day grace period from creditors. An attempt to restructure the debt also failed.

Economic growth declined, after the first quarter when growth was 18.3% and the second quarter 7.9%, the third quarter 4.9%.

Growth forecast for next year 5.3%.

Exports rose 22% in November, while imports were much higher at 31.7%.

Over 12.4 million people have stocks, derivatives, and cryptocurrencies. 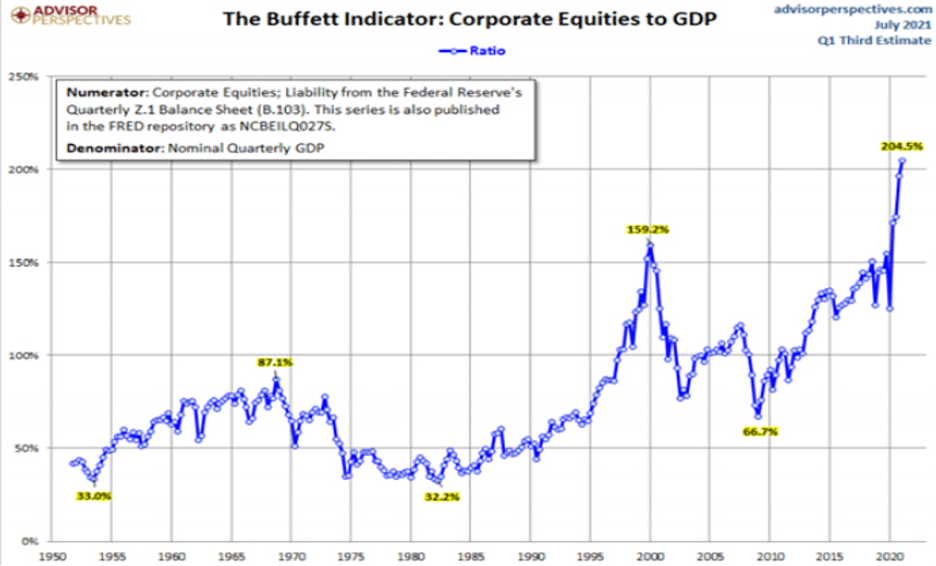 Private investment companies have announced this year that they will make acquisitions of 944 billion dollars, which is unprecedented in the current market, and which is proof of the constant insertion of counterfeit money into the system. 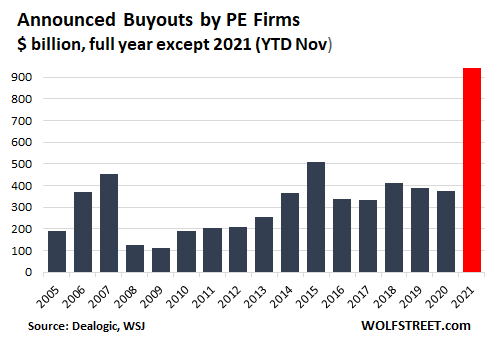 When the bets on gold futures became too big, a big sale followed in order for the speculators to compensate for their positions.

My advice to investors, gold is not for betting, gold is for long-term investment and capital protection.

It is estimated that silver could reach $ 50 / ounce next year.

US reserves are at their lowest level, I expect a jump in oil prices in the coming weeks.

It continued to strengthen against the dollar – 73.7075

Large fluctuations in the price of bitcoin show that cryptocurrency does not have the power to be an international means of payment and that there is great mistrust among investors.