Gold reserves and the relationship to GDP.

The country has food for 90 days, which is an introduction to the great food shortages, rising prices and famine in many underdeveloped countries.

The World Bank lowered its global economic growth forecast to -3.2%.

Global bonds are on the verge of collapse after 40 years.

As for stagflation, we will receive an official estimate of GDP for Q1 on April 28. 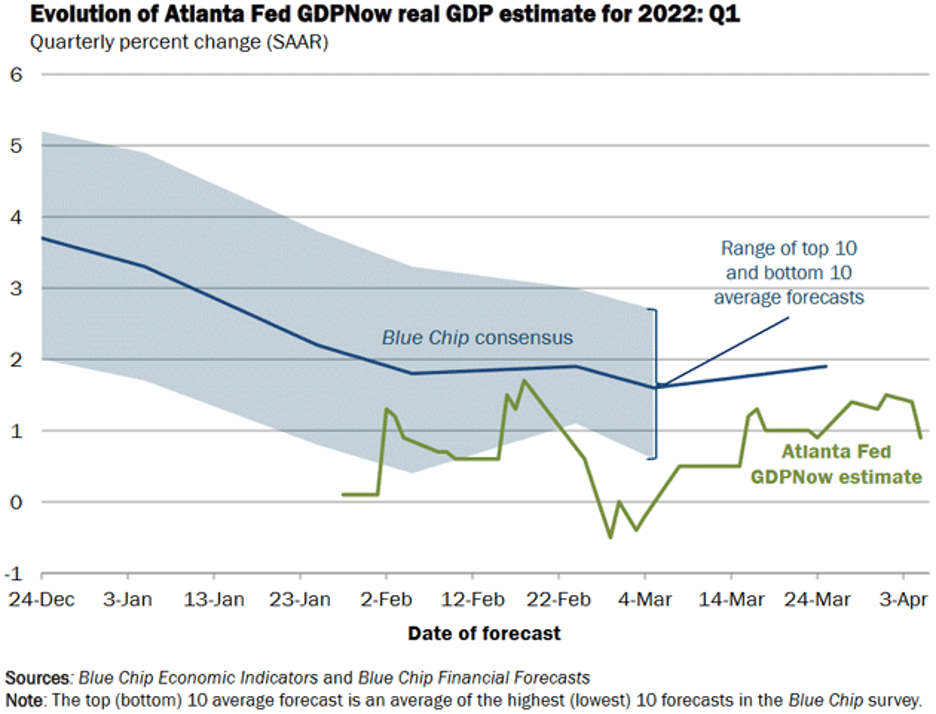 The bird flu took away 50 million poultry and influenced the rise in the price of poultry meat.

Lack of housing in the midst of a construction boom that exceeds household growth?

In March, builders began construction of 147,400 private housing units of all types, the highest growth since March 2006. The start of construction is very seasonal and peaks during the summer. This included:

As for the annual growth rate per season, builders began construction at a rate of 1.79 million housing units of all types in March, the highest in any month since June 2006. 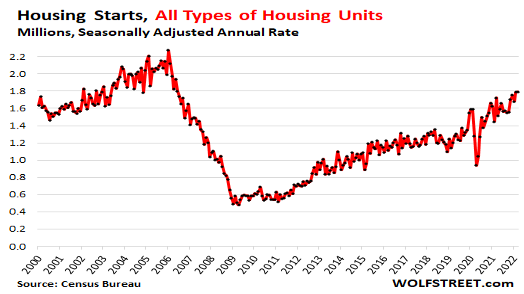 Decline in gasoline sales due to rising prices. 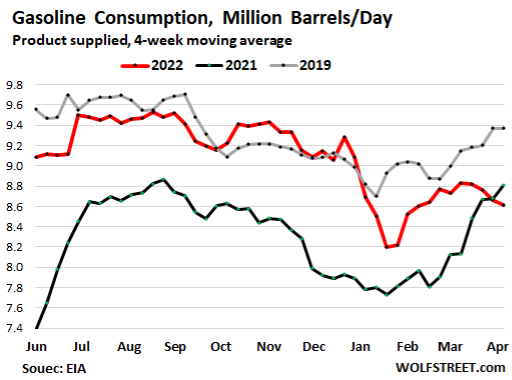 America’s financial collapse is approaching. No one can stop the bursting of the financial bubble. 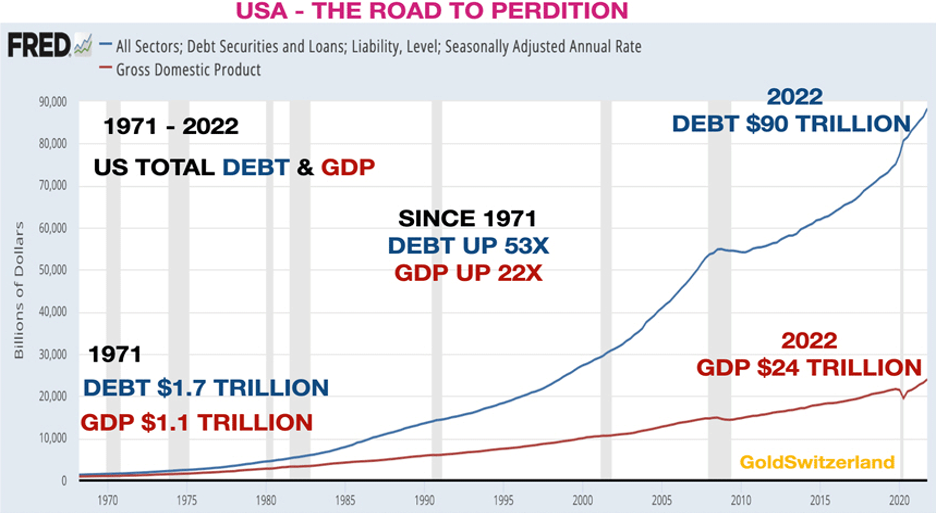 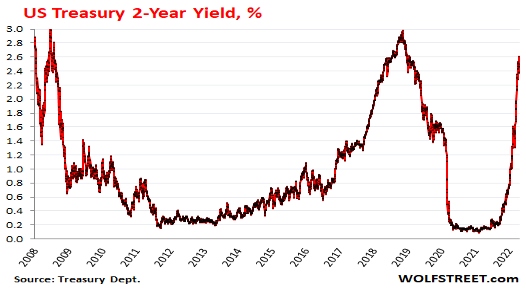 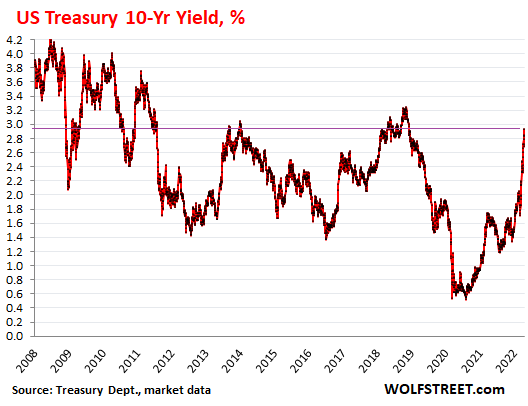 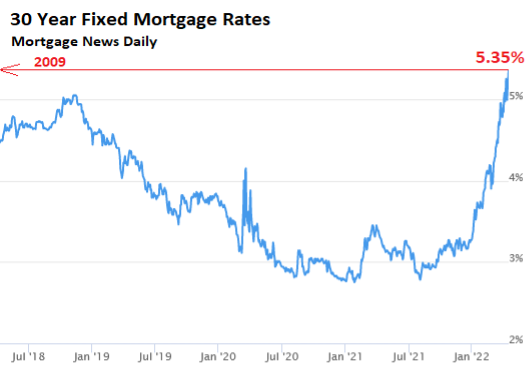 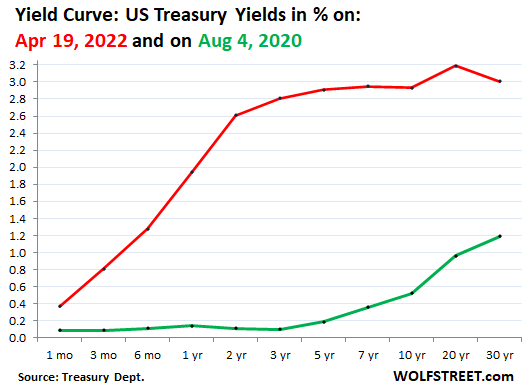 The price of corn jumped to $ 8 per bushel. 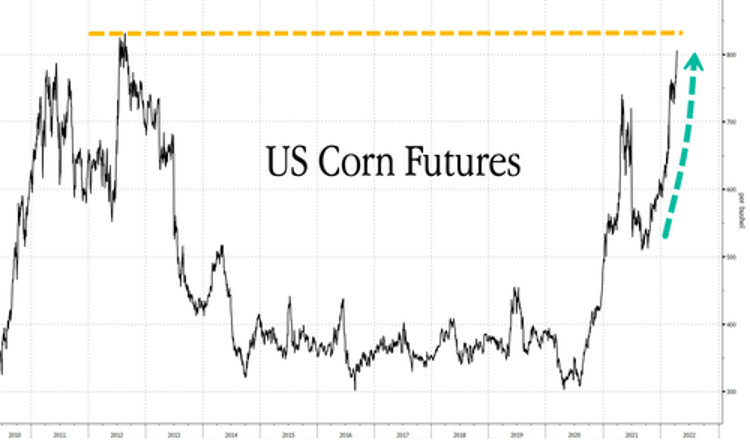 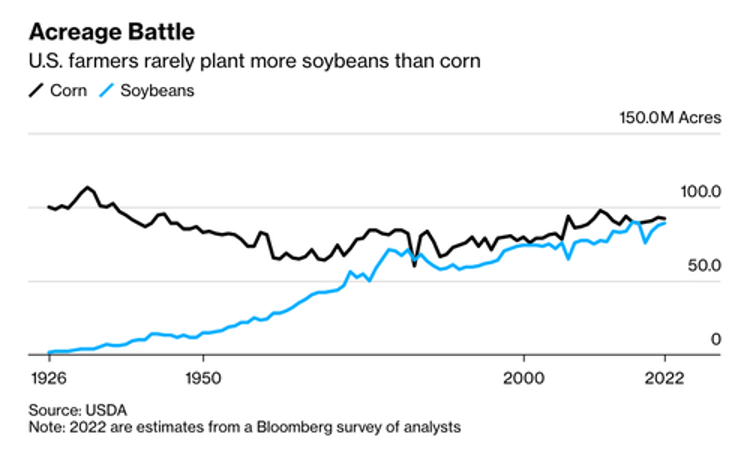 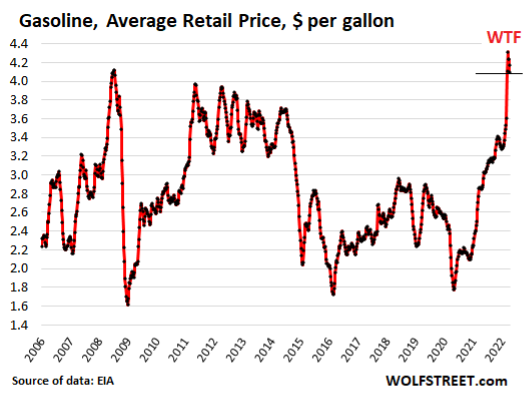 The Governing Council of the European Central Bank (ECB) decided at its meeting to leave interest rates unchanged.

Statements by the Governing Council of the ECB at a press conference show that “the fight against inflation” is unfortunately not a priority in interest rate policy. According to official words, the “concern” of monetary politicians seems to be primarily related to the euro economy.

And that is even though there was already hyperinflation in the Eurozone. As a reminder, in March 2022, consumer price inflation was 7.5 percent (after 5.9 percent in February and 5.1 percent in January).

Instead, the ECB intends to maintain its previous position: raise interest rates only when securities purchases (probably) end in the third quarter of 2022. This means at least until July; the ECB will remain recklessly on the exchange rate for inflation.

The Governing Council probably links this to the hope that inflation will calm down in the coming months and that as a result, the rate increase/volume increase rate could be small, but this is a big mistake.

The Kremlin has decided to allow friendly countries to pay for energy in cryptocurrencies.

A decline in corn production. 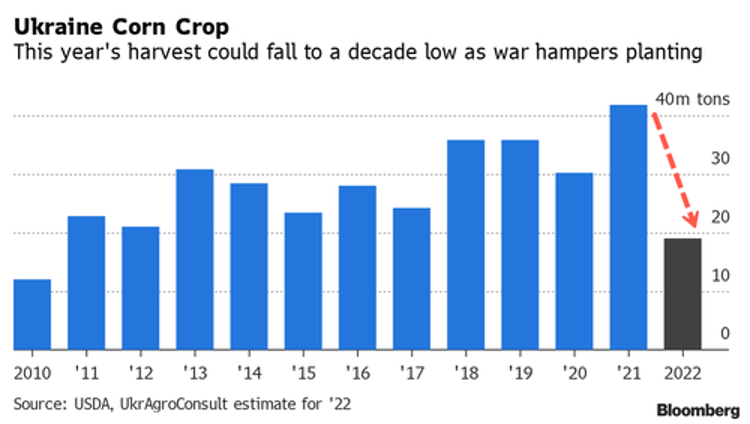 Interestingly, 25% of international payments were in the Chinese renminbi.

Saudi Arabia is abandoning the petrodollar and increasingly switching to the yuan.

China had a silver standard about 100 years ago, so the metal standard is nothing new for the country.

The National Bank of China (China Central Bank) started buying larger quantities only in 2010, and the Shanghai Gold Exchange was established only in 2002.

The physical amount of gold withdrawals from the Shanghai Stock Exchange is increasing year by year.

Declining interest in investing in China. 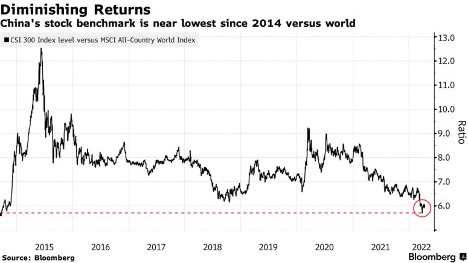 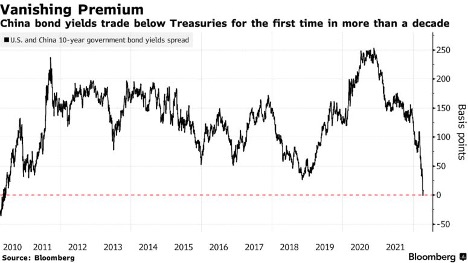 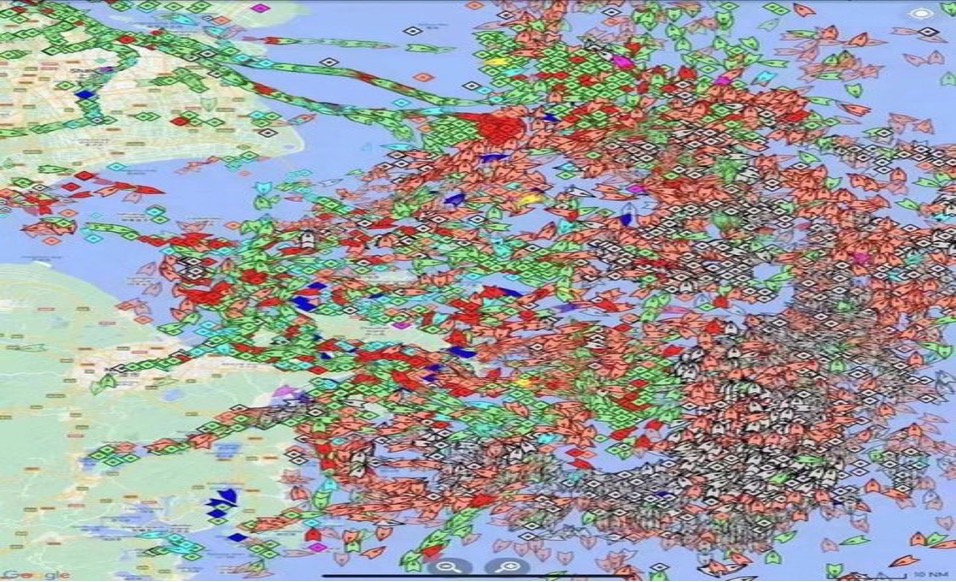 China’s large debt is also a problem. Total debt is above 300% of GDP, according to the IIF. The ECB points out that the ratio of Chinese debt to GDP for the entire private sector is now over 250 percent and that the corporate component of this debt is the largest in the world. The ECB also points to the risk that “a significant part of the financing to the corporate sector is provided by non-banking financial institutions”, which leads to greater risk-taking and shadow banking, which leads to high inefficiencies and solvency problems.

New home sales in China fell 29 percent last month, the most since July, as the latest Covid-19 epidemic threatened to prolong the decline in real estate.

China’s Q1 GDP is at +4.8% year on year, the risks of the outlook rising sharply.

The unemployment rate in March is the highest in the country since May 2020.

Nearly 400 million people in 45 cities in China are under full or partial imprisonment under China’s strict Zero Covid policy. Together, they account for 40%, or $ 7.2 trillion, of annual gross domestic product for the world’s second-largest economy, according to Nomura Holdings.

This is not a simple digital payment application. This app tracks where you are, what your name is, what your Social Security number is, [and] what all your identifiers are. It has the ability to geolocate.

That is the way they can export digital authoritarianism. 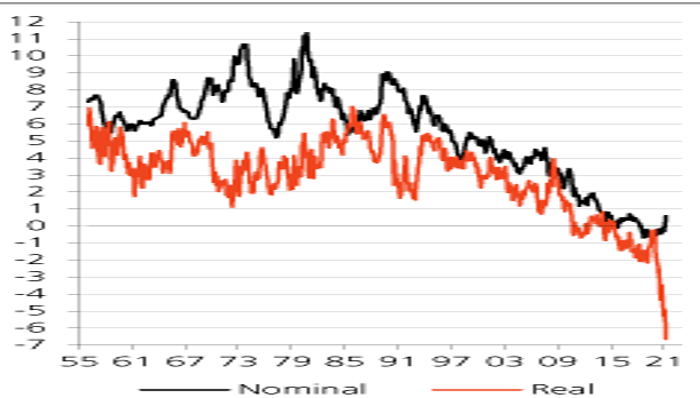 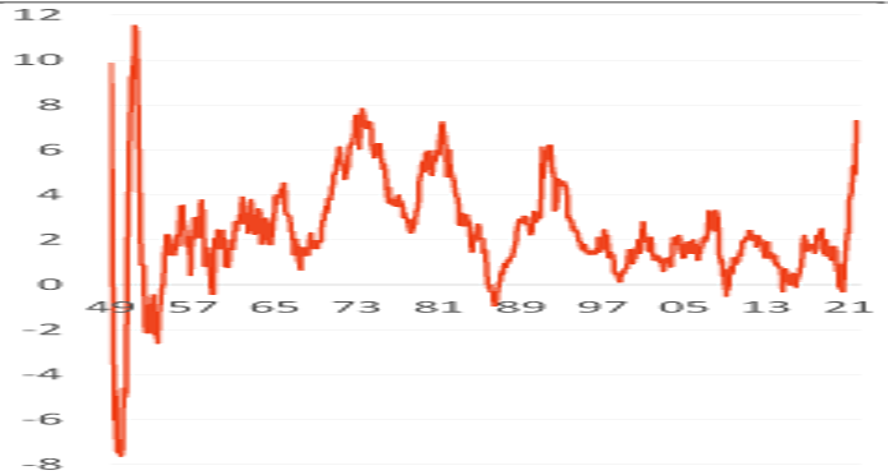 Britain’s largest energy suppliers are warning of a huge increase in the number of customers who are lagging in paying their bills as households struggle with rising gas and electricity costs. The amount of money owed by customers is expected to be 50% higher by the end of the year, Michael Lewis, the chief executive of the British branch of E.ON SE, told lawmakers on Tuesday. Britain’s energy price cap rose to a record high of 22 million people on April 1 and is projected to rise again later this year. That could bring 40 percent of the population into poverty, Luis said.

The yen extended its longest losing streak in at least half a century as traders ignored government warnings about the rate of currency decline, focusing instead on the widening gap between Japanese and US interest rates.

The historical cross-section of the fall of the American stock market. 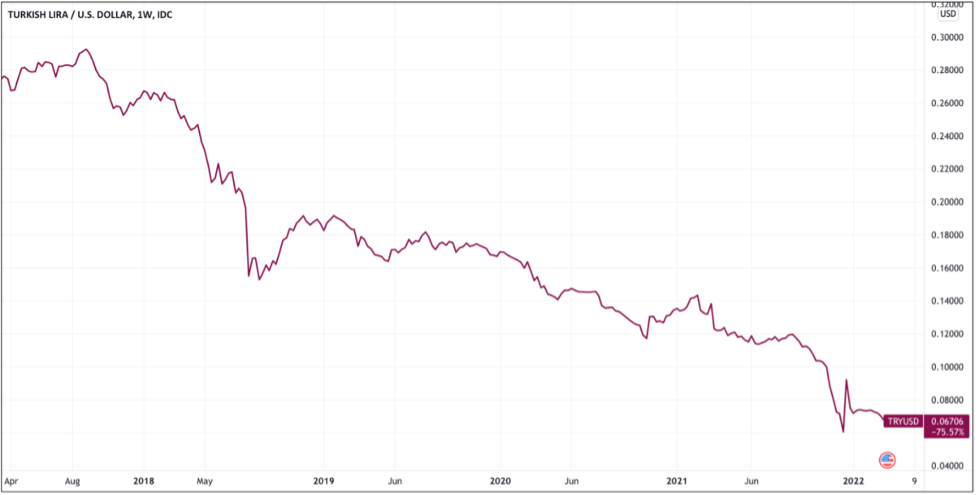 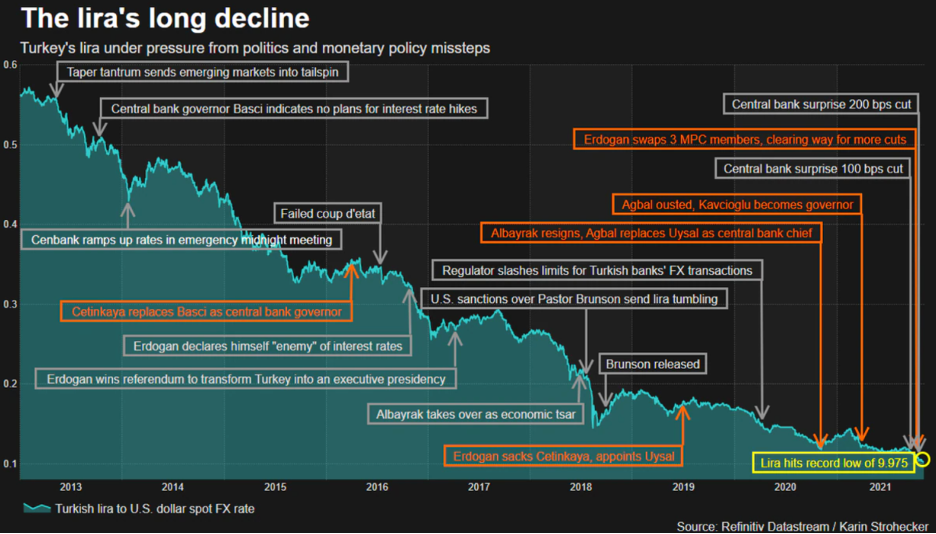 Goldman Sachs estimates that the nation’s gross foreign exchange reserves fell by about $ 20 billion in December 2021 alone due to central bank currency interventions.

In order to fight investors who accumulate dollars to protect themselves, the Central Bank of Turkey has announced that it will support accounts that convert foreign currencies into lira. In essence, the central bank offers protection for accounts that are converted into lira by covering any changes in interest rates or exchange rates from the moment the conversion occurs.

This strategy resulted in favorable results for the central bank as Turks flocked to protected lira accounts. Funds were constantly flowing into these “currency-protected accounts”, reaching 290 billion Lira ($ 21.4 billion). 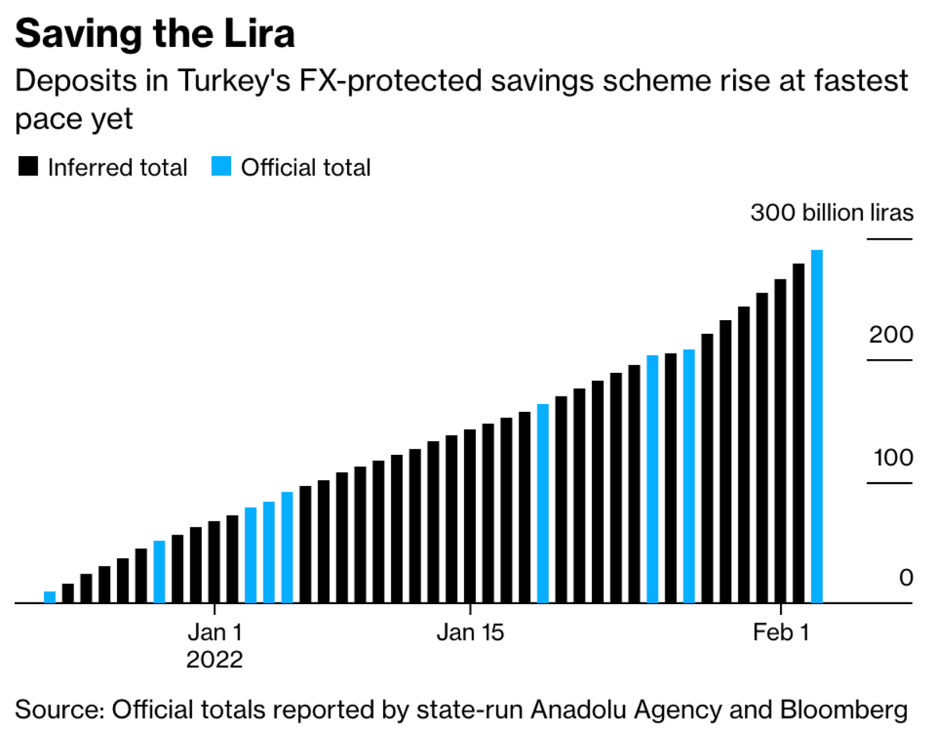 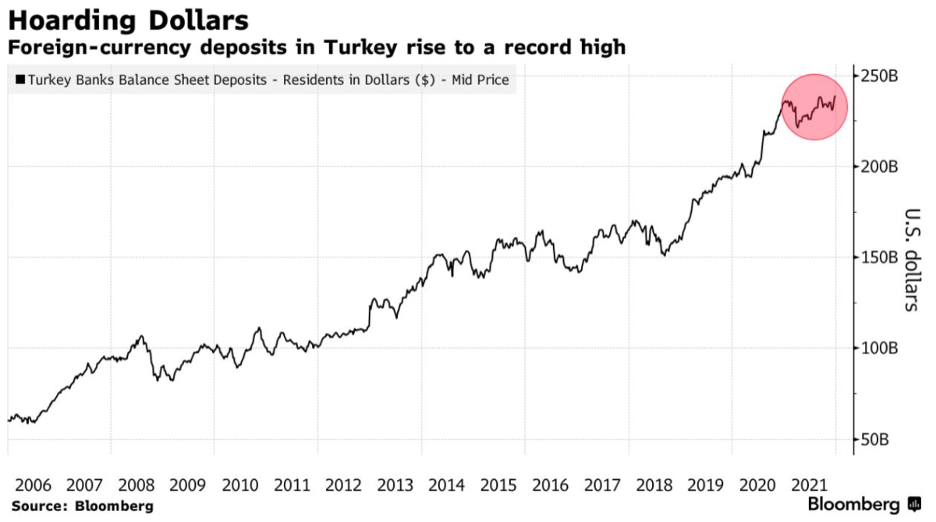 If Russia ties the ruble to gold and then ties energy payments to the ruble, then gold could reach a price of 4,000 to 5,000 dollars per ounce. 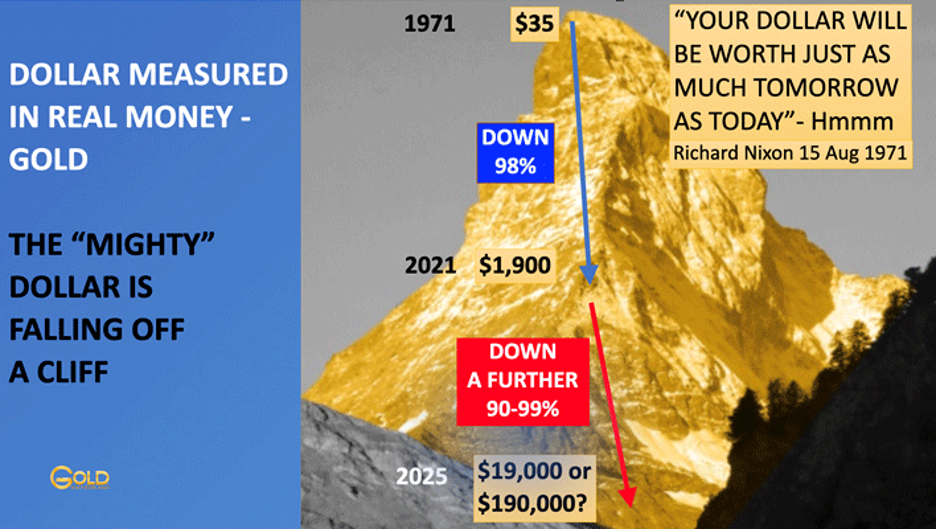 Gold is extremely undervalued in relation to stock market indexes.

Proof that silver is undervalued and that there must be great growth. 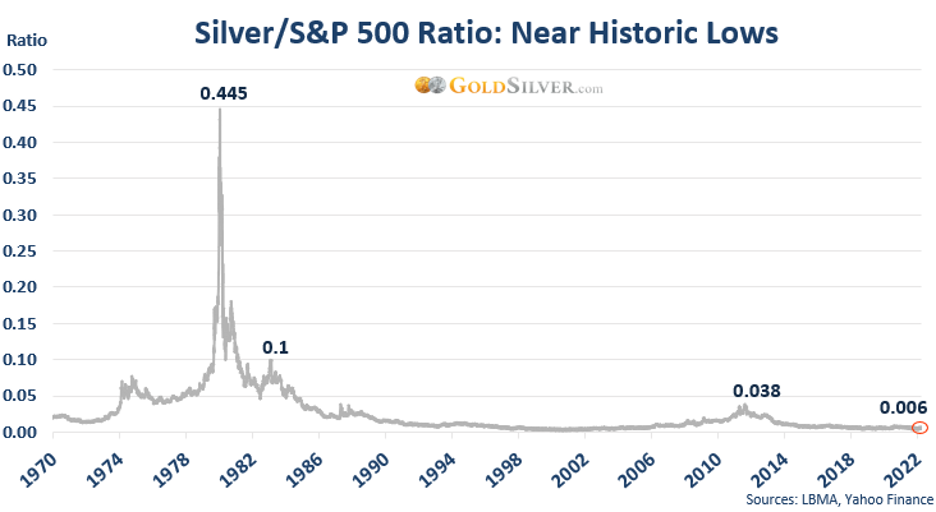 The IEA and OPEC have revised their oil demand projections, suggesting that prices could fall significantly in the coming months.

The latest Chinese blockade of COVID also contributes to low pressure on the oil market.

Depending on how the situation with the COVID virus in China develops and whether the EU decides to fully sanction Russian oil, OPEC could potentially revise its agreement on production growth.

Global oil demand will be 480,000 barrels a day lower than previously expected, OPEC said in the latest edition of its monthly report on the oil market. The cartel cited slower economic growth due to the war in Ukraine as one of the reasons for the revision, and as another reason for the revision in China.

In terms of supply, the IEA seems perfectly calm. After sounding the alarm over a potential loss of 3 million barels per day of Russian oil exports due to Western sanctions, the agency now said a coordinated release of a total of 240 million barrels of crude oil, of which 180 million barrels of oil would be released by the US, would offset the lost Russian supply.

The price of oil in the last six months. 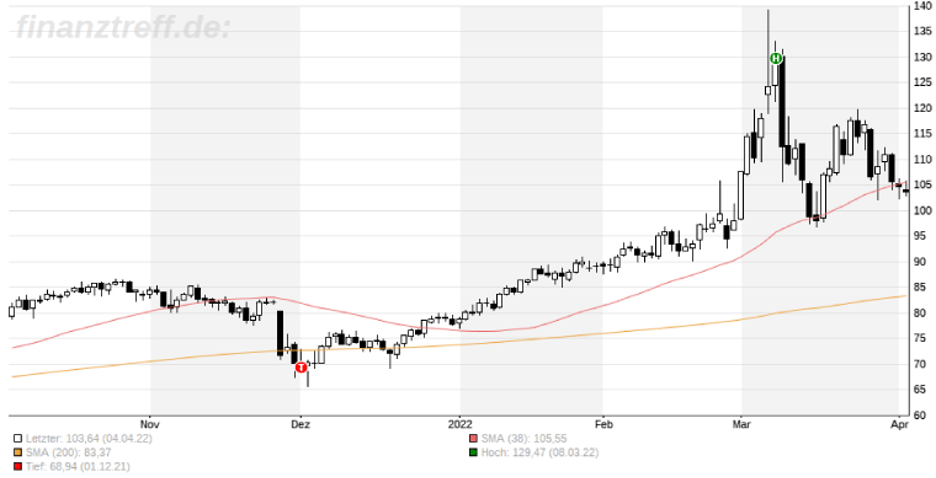 A picture speaks louder than a thousand words.

The chart shows the real collapse of the dollar. 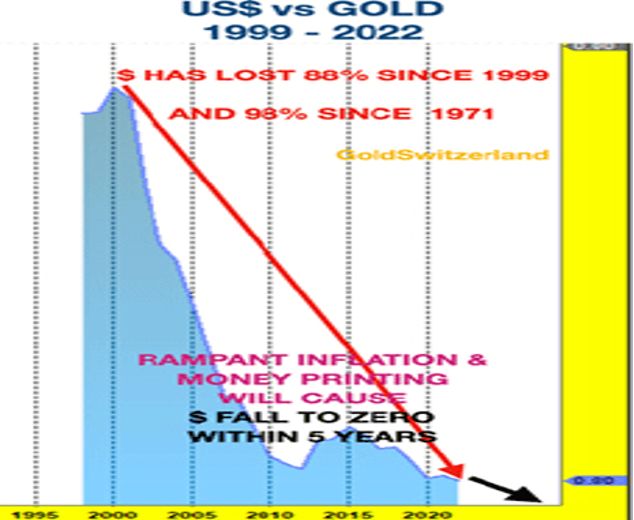