Economic sanctions against Russia will lead to greater and closer cooperation between countries outside the NATO alliance, followed by a big jump in the growth of energy, raw materials, precious metals, and de-dollarization of financial markets.

Russia has been kicked out of SWIFT and we will see in the coming weeks how this will affect the liquidity of Russian banks, how payments will be made, and how much it will all increase Russia’s foreign trade.

Thousands of billions of dollars of counterfeit central bank money have been given to billionaires in IT companies to become even richer. 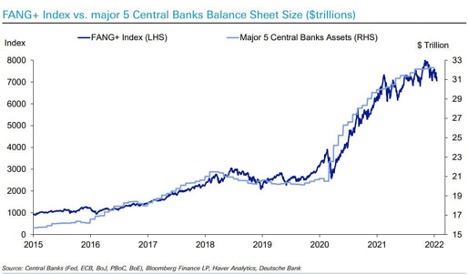 Central banks have led to inflation and the creation of negative interest rates. 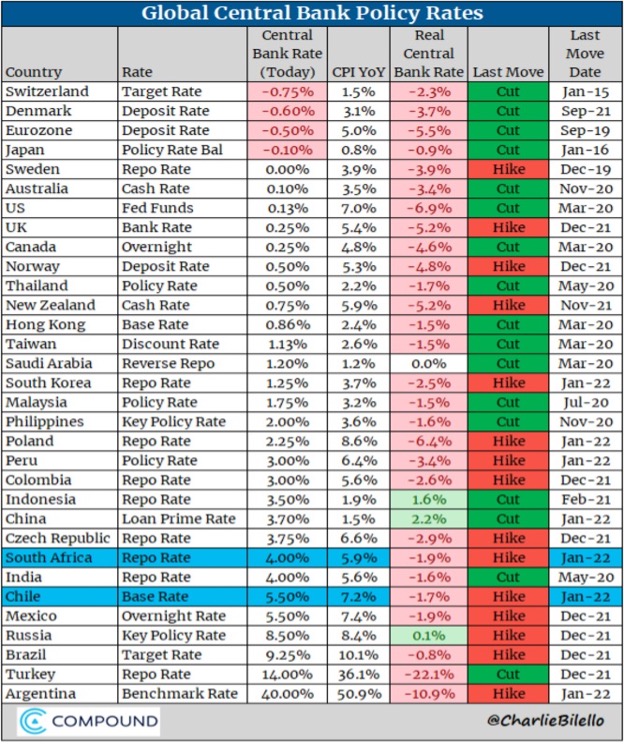 The movement of the economies of the USA, the EU, and China during the pandemic.

In one industry after another, they can only buy from local monopolies or oligopolies, which can tacitly negotiate. There are many industries in the United States today in which only three or four competitors control entire markets. Market concentration has increased significantly since the early 1980s. We have already described the aviation industry. Here are more examples:

There are 725 million Visa, Mastercard, and American Express cards in the United States. There is no exact data on the amount of debt. I estimate that citizens are in the red over $ 20,000 billion. 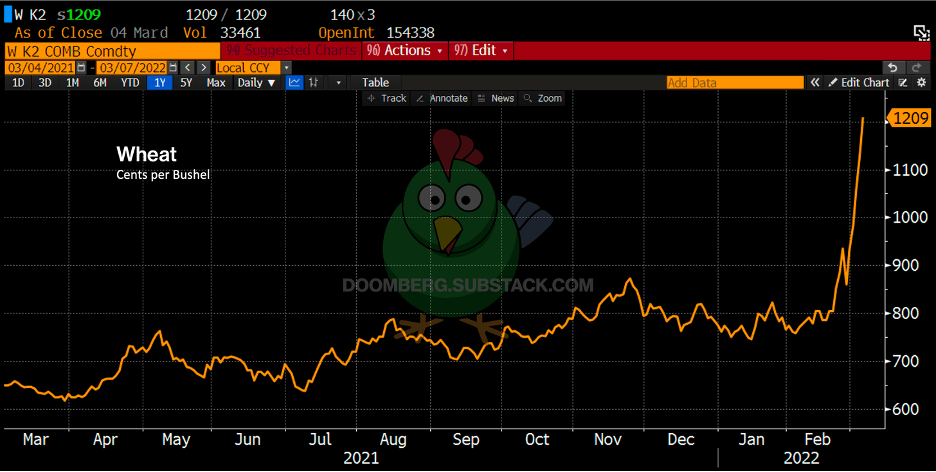 Low-interest rates have winners and losers. They favor large companies and wealthy investors but penalize the lowest 70-80% of the economy. That is why I say that the Federal Reserve has increased inequality in income and wealth.

A further decline in real wages and personal savings is expected this year.

Growth is only when fake dollars are injected into the financial system. 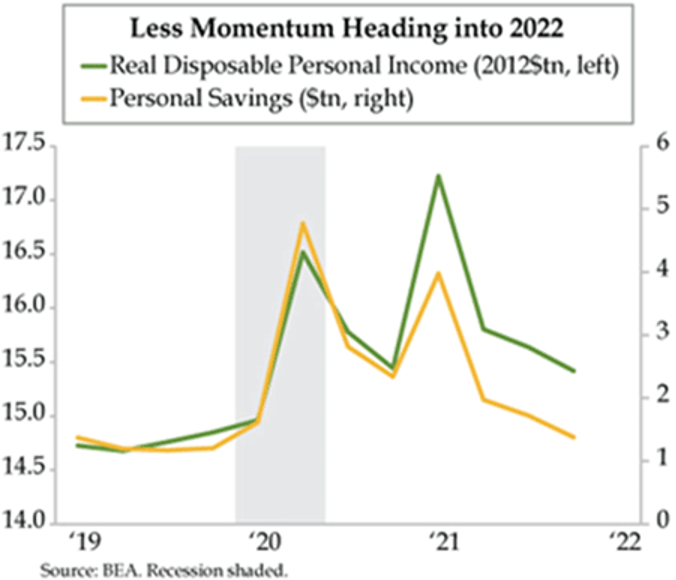 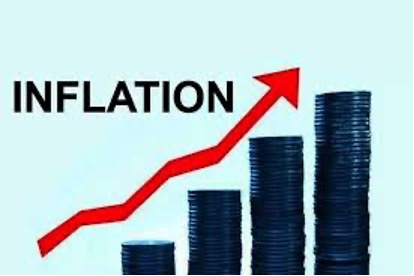 Russia’s Ministry of Finance will direct a record $ 8.3 billion in gold and foreign exchange to state reserves in the next month. The central bank, which buys foreign currency on behalf of the finance ministry, has decided to suspend these operations on Jan. 24 to ease the pressure on the ruble, affected by geopolitical tensions between Moscow and the West.

The finance ministry said it would channel 634.7 billion rubles ($ 8.29 billion) between February 07 and March 04 in the purchase of foreign exchange and gold to replenish state reserves, from 585.9 billion rubles in the previous month. 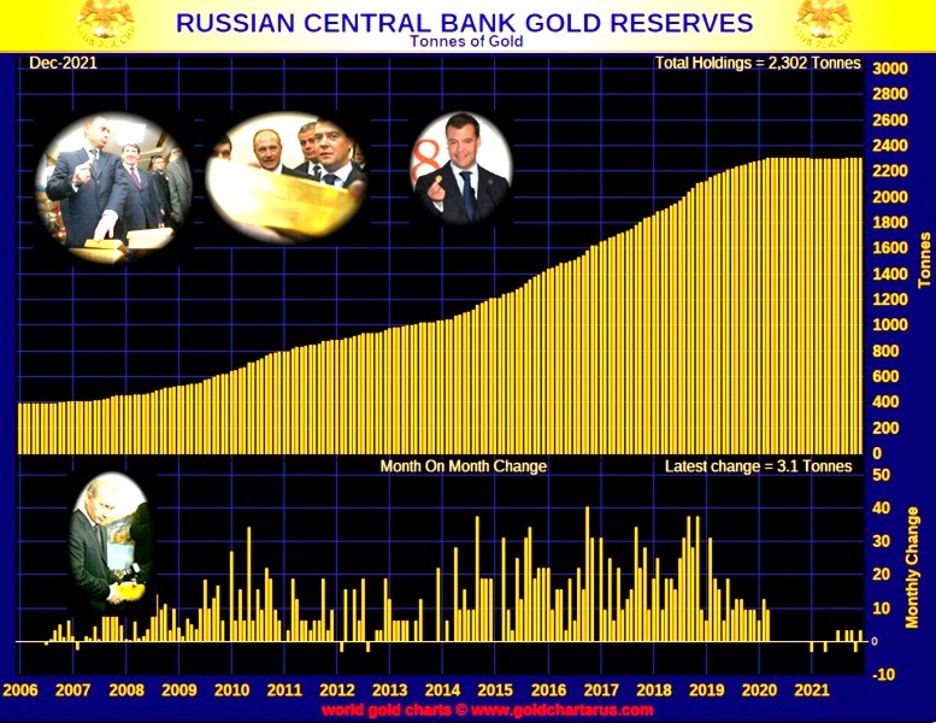 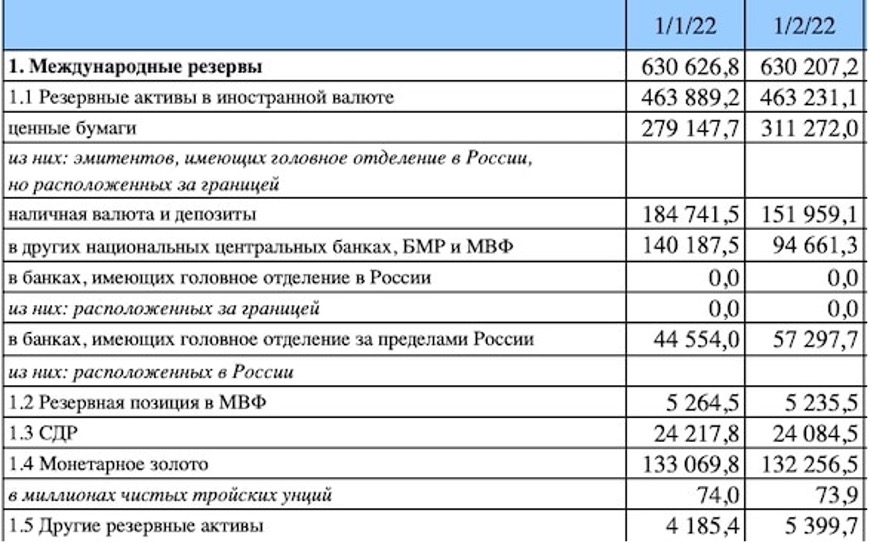 Where are the foreign exchange reserves?

Why the Central Bank of the Russian Federation did not withdraw foreign exchange reserves from Western banks before the intervention began? 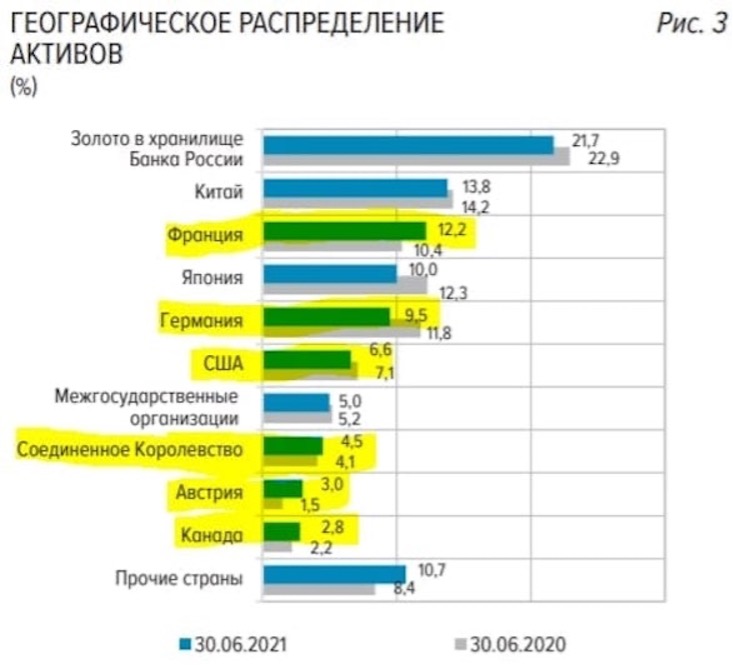 The Central Bank blocked all securities of foreign investors from the West in the Russian Federation and banned their payment of 175 billion dollars.

There are three interrelated goals for China and Russia:

Both countries will soon issue their e-yuan and e-ruble. At some point, they will probably support these currencies with some form of gold. According to our sources, China has 40,000 tons of gold and Russia about 12,000 tons.

The Bank of Japan said it would buy an unlimited amount of ten-year government bonds at 0.25% in defense of the Bank of Japan’s yield curve control limit, stressing its determination to prevent rising global yields from increasing domestic borrowing costs too much.

The announcement came after a ten-year JGB yield rose to 0.23% on Thursday, the highest since 2016, and close to the 0.25% limit set by the Bank of Japan around its 0% target. The ten-year yield fell briefly after the news and was at 0.22% for the last time. According to Valentin Marinov, a strategist at Credit Agricole, the Bank of Japan’s offer to buy an unlimited amount of ten-year banknotes is part of an effort to regain its credibility and control over the yield curve. 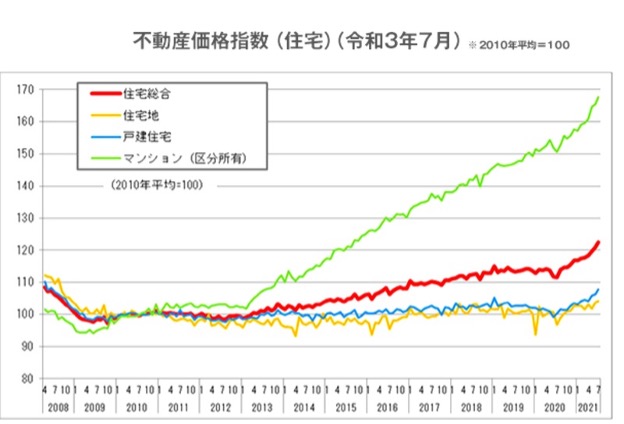 Chinese investments in capacity building in Iran are under the control of Chinese state-owned companies. In this way, Iran, with its cheaper labor, energy prices, and location, becomes China’s new export production base.

Namely, Iran spends about 20% of its GDP on education. The literacy rate is over 96%. Universities have about 700,000-750,000 graduates a year, about half of whom have degrees in science or engineering. This is a good basis for Chinese production investment.

The leading institutes for economic trends in Germany believe, with an accuracy of 90%, that the economy is entering a recession because the fourth quarter of last year ended with a deficit and the first quarter will certainly be in the red.

Public debt in the third quarter of 2021 reached a modest amount of 2,834.3 billion euros and should soon exceed the limit of 3,000 billion euros, or approximately 120 percent of French GDP.

Therefore, it seems more appropriate to link it to public revenues, in order to approach the “debt/turnover” ratio. And here, before you become aware of this figure, you would have to sit down so as not to fall, because this ratio is currently around 230%!

The average homeowner in Britain will have to pay another 552 pounds a year after the Bank of England raises the interest rate to 0.5%. Millions of homeowners are facing penalties for increasing mortgage bills after interest rates rose to 0.5% today. The increase is the second increase in the last seven weeks after the interest rate rose from 0.1 to 0.25% in December.

There is huge inflation and falling living standards in England.

The German DAX index has the biggest decline, as the German economy has been hit hardest by the Ukrainian crisis.

Interestingly, Western companies sold their shares on the Moscow Stock Exchange because they wanted to sanction Russia, but this led to Russian investors, primarily the state, taking advantage of the fall in shares and thus gaining possession of powerful companies, whereas they are estimated to be earned over $ 20 billion.

Gold falls in large oscillations during the day.

The price of gold jumps sharply due to the Ukrainian crisis, but I claim that the price of gold is underestimated and that it must rise significantly in the coming months.

Silver does not have large oscillations, like gold, which opens the possibility for investors to buy larger quantities of undervalued silver.

The problem with citizens is how to store silver because it is difficult to store at home due to its bulk. 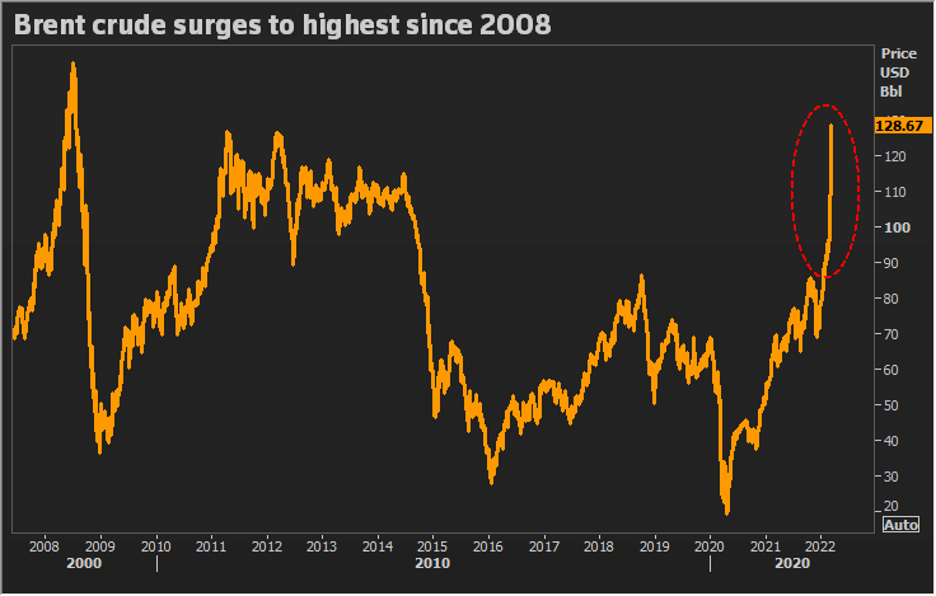 Analysts at US major banks and Wall Street brokers estimate oil at $ 180-200 a barrel by the end of the year.

I still can’t estimate how much the ruble will fall and whether there is room for its recovery.

A clearer picture will be next week when I expect more information about the liquidity of the Russian economy.

The volume of transactions between bitcoin, the Russian ruble, and the Ukrainian hryvnia increased significantly, which led to the recovery of cryptocurrencies.

Donors, who want to remain anonymous, are helping Ukraine, while the imposed economic sanctions have forced Russian businessmen to make their payments via bitcoin.