Will there be a NATO war with Russia and China?

For the Pentagon hawks, the rhetoric is getting sharper.

They have prepared 8,500 soldiers to support Ukraine, asking other NATO members to prepare for military assistance to Ukraine.

They are pulling back their officials from Ukraine and spreading panic about a certain Russian invasion.

At the same time, the two largest carriers are moving to the South China Sea and further straining relations with China.

Can the Pentagon wage two wars? 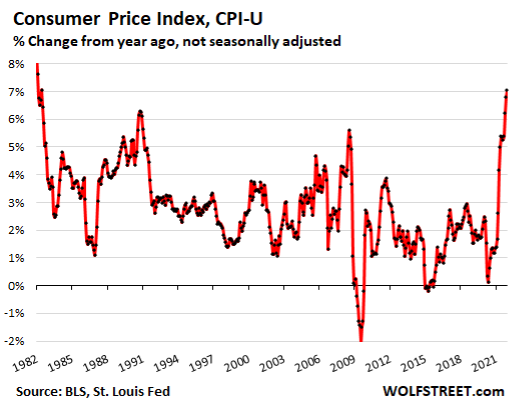 That is how the FED wants to deal with inflation.

I believe that raising interest rates will not stop the growth of inflation and that there will only be even greater growth in borrowing, falling economic activity, and great illiquidity in the financial markets.

How does he manage his assets?

Almost 60% is invested in shares of American companies on stock exchanges. Over 20% of his assets are in government bonds.

Interestingly, the governor does not invest in government bonds in which the Fed invests the most. Decide for yourself why this is so?!

The FED has legally invested more than 5,000 billion dollars since the beginning of the pandemic.

How much was inserted illegally?

Inflation in 2021 is 6.8%, if measured by the 1980 methodology it would be 15%. The FED lost the battle with inflation. If FED wanted to curb inflation, it would have to raise the reference interest rate to 7%, which would lead to a complete collapse of the state, companies, and citizens.

The Fed has cornered itself and its room for maneuver has been closed.

Will there be an increase in interest rates?

The EU Commission has given consent to FB, Twitter, and WhatsApp to be able to monitor, censor, and evaluate the communications of its users.

They apply the Chinese model of total citizen supervision.

Official inflation in the Eurozone is 5.0%.

The ECB closes its eyes and continues to talk about 2% inflation.

They believe that everything is temporary and that inflation will calm down on its own.

The central bank raised the interest rate to – 2.9%.

The Republic of Tatarstan has proposed to the Central Bank of Russia to be an experimental project for the introduction of cryptocurrency.

The Eurasian Bank plans to invest a $ 4 billion loan in Kazakhstan’s economy by 2026.

The gas pipeline from the Russian Federation to Mongolia and China will start operating in 2027.

The central bank reduced the interest rate to 2.85% because the results in the fourth quarter of 2021 were significantly worse.

Negative interest rates are a big problem for the German economy. 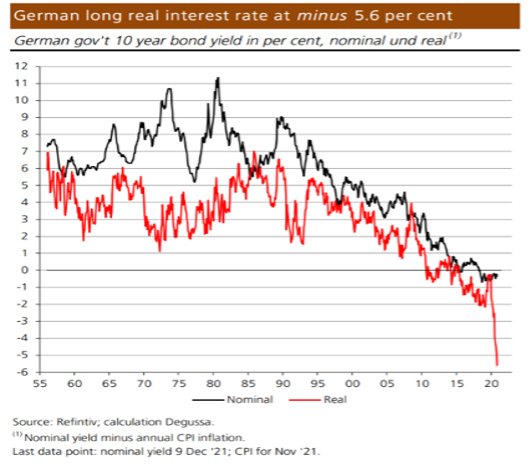 Deposits of insurance companies, investment companies, and public companies and institutions in German private banks (Deutsche Bank, Commerzbank, etc.) will no longer be covered by the government fund from 2023. Some deposits of cities and municipalities have been excluded from this protection for several years. From 2023, this should also apply to corporate deposits with a maturity of more than 12 months.

In the future, the protection of the security fund will include only those deposits that are kept in accounts in Germany. For now, nothing will change for private clients of private banks with deposits of less than one million euros.

The announcement of rising interest rates by the FED led to a fall in stock markets.

Nobel laureate in economics Robert Schiller warns that stock markets are inflated and could fall by 50%.

In 2021, 1,000 new companies went public and raised a record $ 315 billion from investors. More than half of the companies are those that are tokens in search of unverified companies, that is, investors do not know what they are buying, but they are still buying.

In the third quarter of 2021 alone, American companies bought $ 250 billion of their shares.

The merger and acquisition of companies resulted in a turnover of 5,000 billion dollars in 2021.

S&P grew 26.9%, which is twice the average growth in these ten years.

The reason for the low price of gold is the influence of speculators, futures traders, who were allowed to have the large financial leverage to trade. For example, if they want to trade 100 ounces, which corresponds to $ 180,000 for the price of $ 1,800 / ounce, it would be enough for them to have $ 6,500 in their account.

This creates space for big speculations and lowers the price of gold, while large and serious investors are not interested in participating in such speculations.

The Fed’s announcement that it will raise interest rates from March could lead to a rise in the price of gold because the history of rising gold prices has always happened at a time when interest rates were rising.

Since the amount of printed money from the Fed doubled, at the very beginning of that printing the price of gold was $ 1,337, then the price of gold is expected to jump, to follow the growth of the money supply, very quickly to $ 2,980.

Let’s look at the illogicalities in the movement of gold prices, inflation, and interest rates on government bonds:

The movement of gold against fiat currencies: 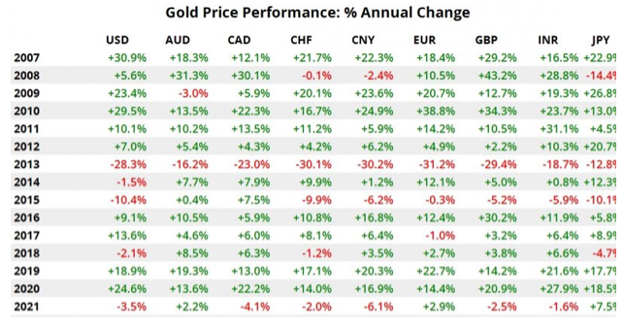 Comparative figures on the underestimation of the price of gold. 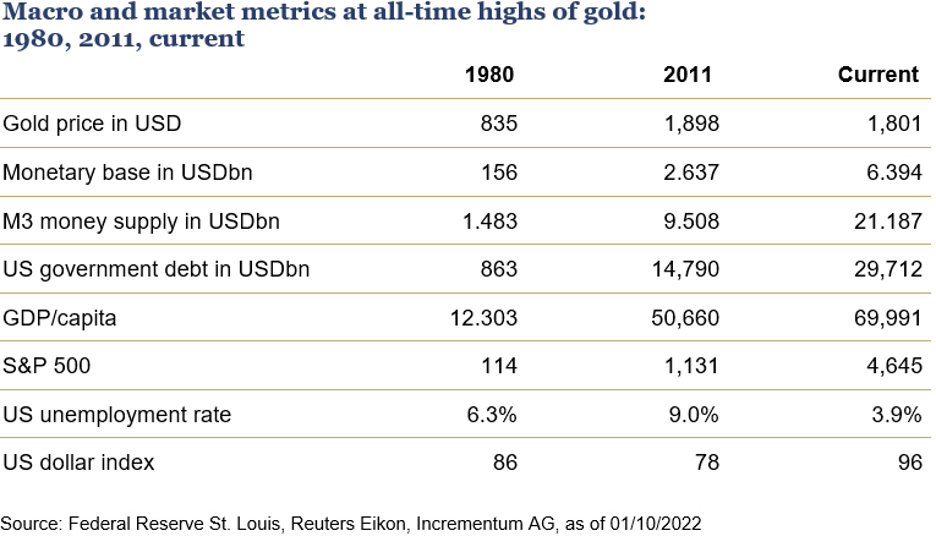 There are big oscillations in the price of oil.

High uncertainty in the financial market is raising the price of oil.

The Ukrainian crisis is putting great pressure on raising prices.

If the war arises, Russia will stop supplying oil and the price will go to $ 100 / barrel. 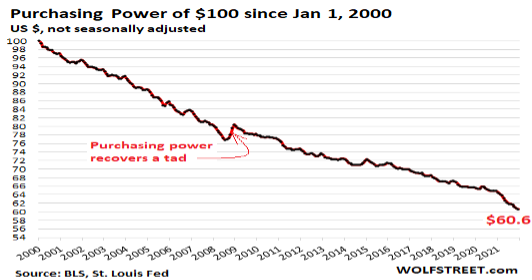 The drastic decline in cryptocurrencies continues.

The IMF called on El Salvador to abandon bitcoin as a legal tender.