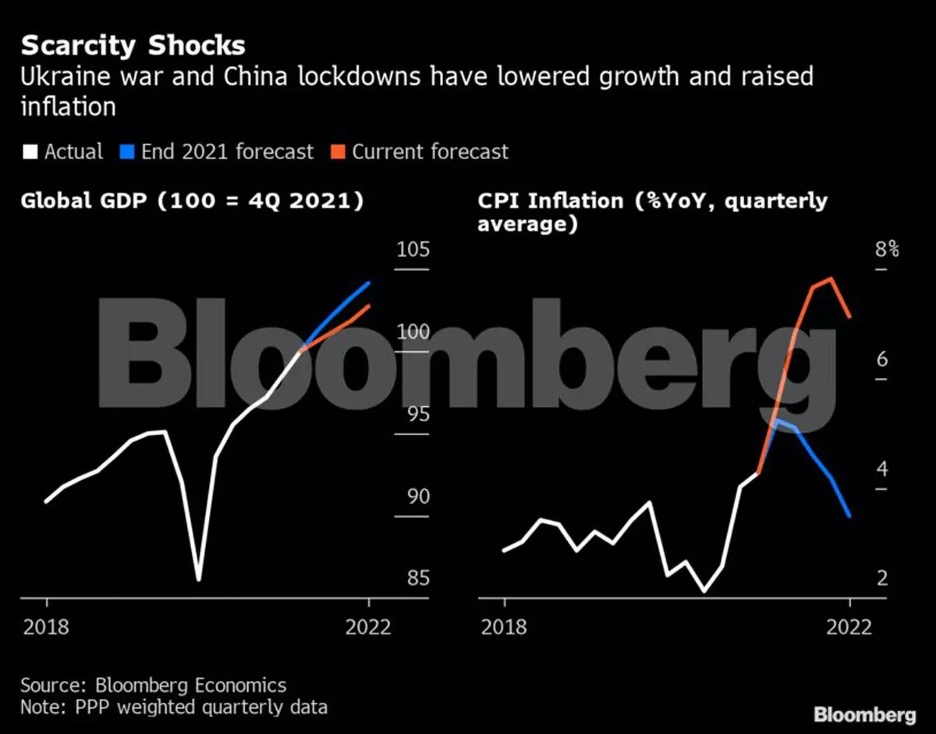 Despite promises, the future of fully autonomous vehicles still seems like a distant fantasy.

But tech giants, carmakers, and beginners from the U.S. and China, including Ford, GM, Baidu, Tesla, and Alphabet, have invested billions of dollars and years of research and development to make it happen. 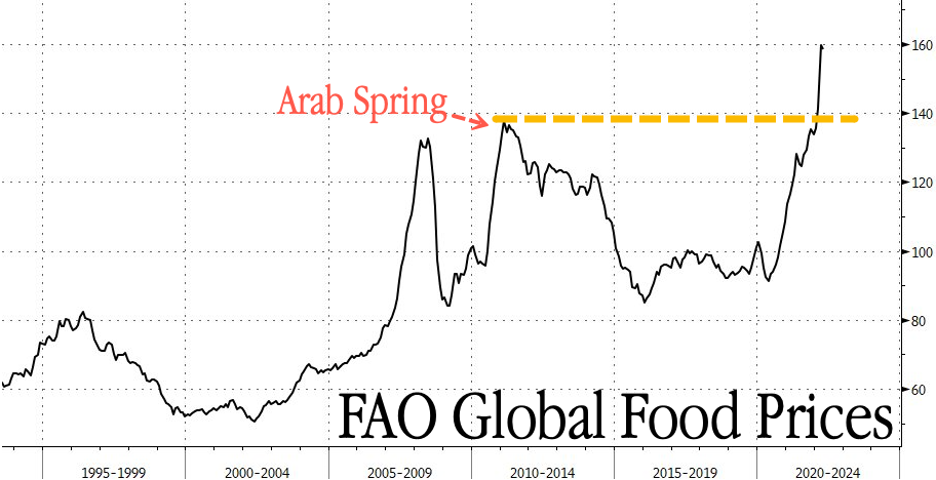 People’s concerns grew the most about paying their monthly bills (up 8 percentage points to 40%) and maintaining their standard of living (up 7 points to 52%). But concerns have also risen, by 5 points, over rent or mortgage payments (35%), minimum credit card payments (22%), and pension allocations (63%).

According to my estimates, inflation has exceeded 22%.

The average pay for a new mortgage jumped 38% in a year, due to rising real estate prices and rising interest rates, and citizens fell into big trouble.

April survey 67% of Americans live from paycheck to paycheck.

Despite the focus on higher prices, the US economy is still overwhelmed with huge waste. Just turning off chargers and unused devices would save up to 5% of the country’s electricity consumption. A large percentage of food is thrown away or left to rot. Millions of low-mileage vehicles are parked in traffic, each carrying one person.

So much for the great economic experts leading the destroying the western Empire.

The growth of official government debt is accelerating.

I remind you that my estimate is that the debt of the United States, the state, companies, and citizens reached the amount of 420,000 billion dollars.

As the crisis escalates, so will American economists get closer to my estimates.

The Fed is moving from inflationary to deflationary policies. Starting in June, the Fed’s balance sheet will be reduced by $ 47.5 billion per month and starting in September by $ 95 billion per month. This is exactly what markets are expecting now with a sharp drop in prices! However, we still assume that this will not lead to a crash in one go but will take place in waves.

The yield on 10-year government bonds. 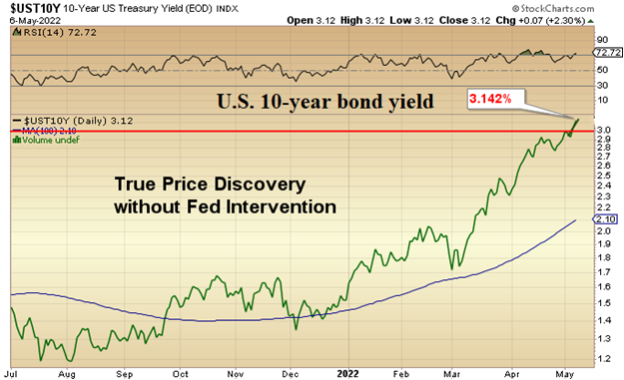 Inflation and yield on government bonds.

Interest on credit cards is 15% and more, student loans 6% and more – what’s the difference that the Federal Reserve has raised interest rates from almost zero? No one.

The Fed is making the same mistake as in October 2017, when they reduced liquidity, did not buy government bonds, and increased interest rates, which led to the illiquidity of the financial system in 2018 and the peak of the financial meltdown was August / September 2019, when pandemic manipulation began.

I expect big problems with liquidity in 2023 and probably new manipulations with pandemics and citizen imprisonments, while the standard of living will drop drastically.

Commercial banks have never held so many government bonds because in 2018 they tried to help the Fed get out of the illiquidity of the financial system. 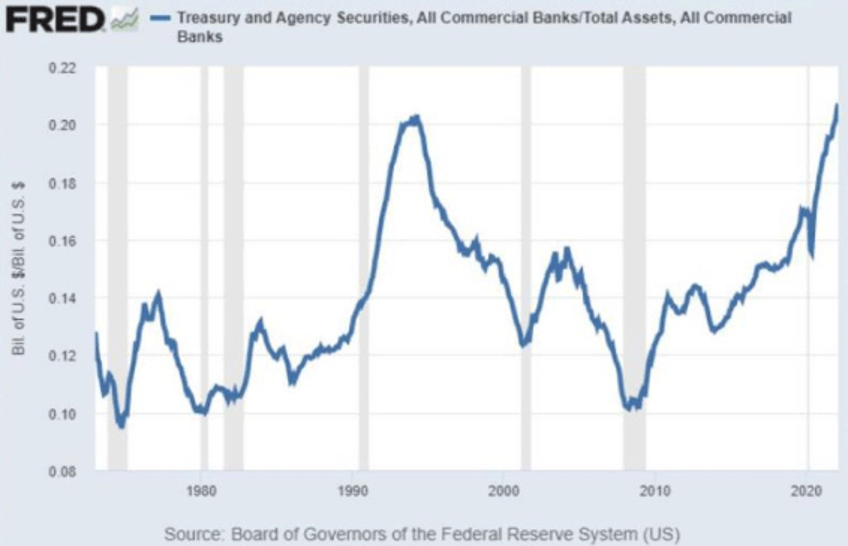 The Fed’s position is tragicomic because it pulls more and more catastrophic moves and the whole system leads to an explosion.

Brussels is seeking to strengthen its ability to control China’s entry into the European economy, with proposed new powers to investigate foreign companies backed by states that want to buy European companies.

The decree, to be announced Wednesday by European Union (EU) Chief Competition Chief Margrethe Vestager, is part of Europe’s stronger stance on Beijing, while China remains the continent’s second-largest trading partner after the United States.

The ECB plans to raise interest rates for the first time in July.

Increasing the interest rate to 1% will cost France 40 billion euros a year.

The government, meanwhile, is seeking to pass a law banning independent researchers from publishing their own data without seeking approval from Turk Stat and could potentially face jail time if they break the law. This should answer all questions about whether government or inflation statistics are accurate.

The American, speculative strike on the ruble failed.

The ruble defended itself and strengthened. 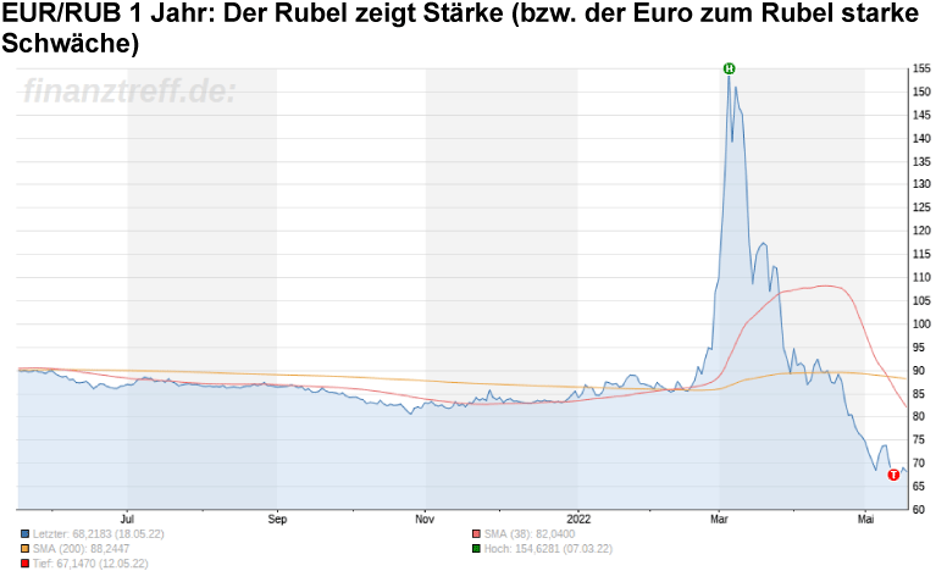 The Russian economy is not affected by sanctions. 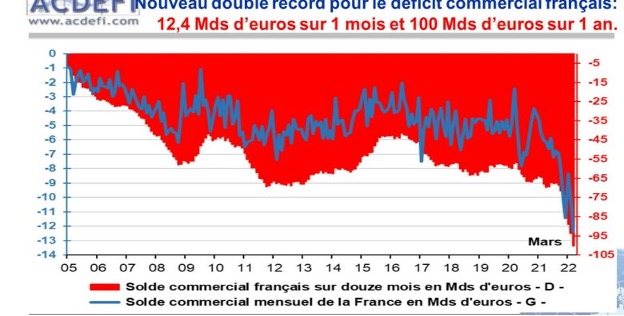 Covid closure has had negative effects in both industry and real estate. 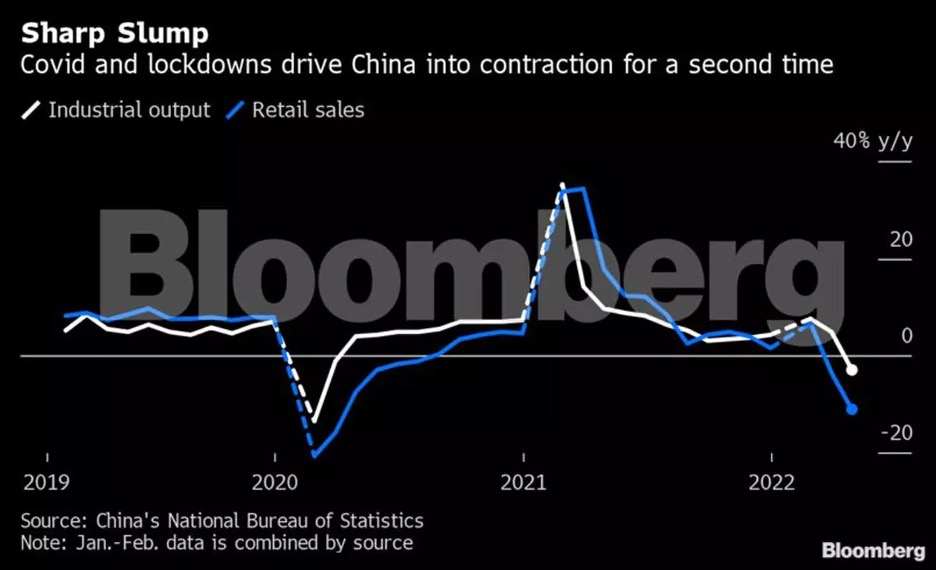 The Central Bank reduced the reference interest rate on five-year loans to -4.46%.

It is estimated that China has assets worth 2,000 billion dollars abroad.

The government banned the export of wheat, which amounted to 2 billion dollars in 2021.

Due to the growth of inflation in the first four months of over 6%, the Central Bank intends to raise the reference interest rate to – 5.15%.

The upward trend is likely to continue despite increased economic uncertainty over Russia’s invasion of Ukraine, as there are currently 1.74 million job vacancies, and therefore more than ever, according to the Institute for Labor Market and Occupational Research (IAB). However, the war in Ukraine and supply bottlenecks could slow economic development.

The Bank of Japan is in an unsolvable dilemma as it tries to prevent the yen from collapsing, on the one hand, and on the other, they want to keep 10-year yields below the upper limit of the 0.25% yield curve. The problem is that the Bank of Japan (BOJ) can control one or the other, but not both. Japan suddenly found itself in a dilemma:

Intervene in the bond market and initiate a potentially destabilizing and uncontrolled fall of the yen, which would lead to inflation, which could destroy any remaining confidence in the BOJ, or do nothing and risk the collapse of the yen, a country with GDP debt larger than almost any other country in the world, could mean both fiscal and monetary collapse.

As the world watches Ukraine, a real reckoning of global financial stability could take place in Japan. Both the yen and the yuan have recently fallen against the U.S. dollar, already reflecting a fundamental split in monetary policy. Japan and China are the two main central banks that are currently giving in, while the United States is tightening inflation. 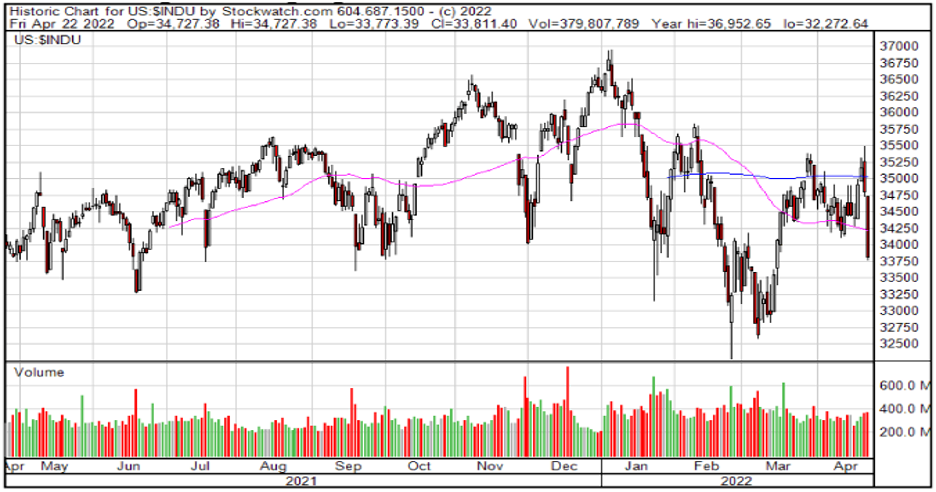 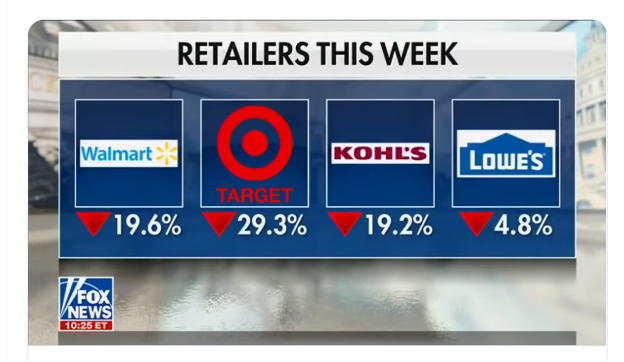 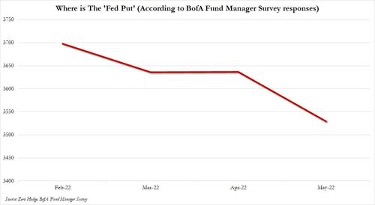 The balloon of stocks is inflated and threatens to burst. 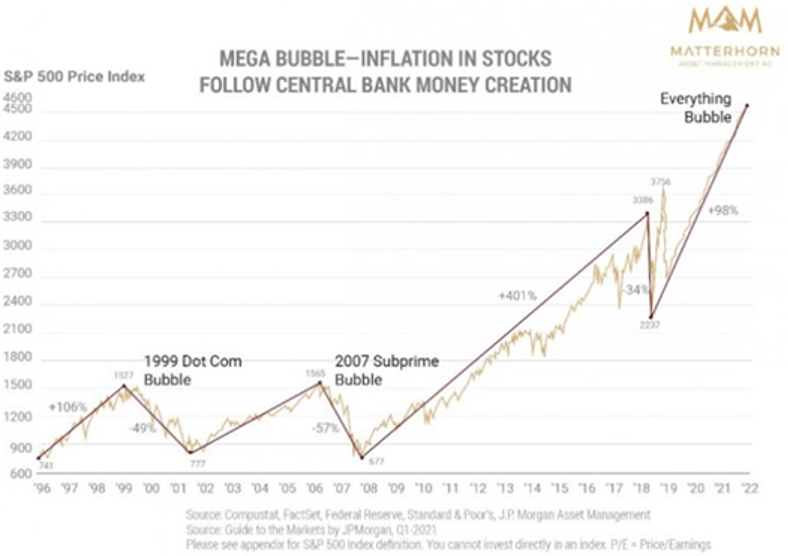 The bill, which has yet to be scheduled for consideration in committee, will face resistance from lawmakers – especially those from California, which includes Facebook, Google parent company Alphabet and Facebook parent company Meta, among others.

It also marks the latest legislative attempt by Congress to establish federal control over the booming and largely unmanaged online industry.

The bill would ban large digital advertising companies such as Google from owning more than one part of the “ecosystem” of digital ads and would block them from playing dual roles in the advertising process.

Large companies, namely Google, would have to discontinue ownership of supply-side and demand-side platforms that helped them generate significant revenue. Source – Washington Times.

Last year, Alphabet earned over $ 209 billion from advertising, while Meta earned about $ 115 billion.

Companies would be required to “get rid of significant parts” of their advertising business. The bill would also “affect” Apple’s upcoming third-party advertising business, while technology giants need to be regulated because they have established a monopoly over digital advertising space that blocks competition and harms consumers.

The oil market ended another volatile week of hectic trading, swinging up and down in the $ 5 per barrel range as it pulled between bull and bear catalysts in both directions each day. Both indicators reached an 8-week high early Tuesday, only to withdraw later in the day and join a Wall Street sell-off sparked by renewed investor concerns about a possible recession as top retailers noted rising costs and supply chain bottlenecks in their quarterly earnings reports.

One of the largest German importers of natural gas, VNG, has opened an account with Gazprom Bank for the payment of Russian gas under Moscow’s new conditions.

According to a Reuters report, VNG said that the next payment for Russian gas would be transferred in euros, which would then be converted into rubles in Russia, according to a new gas payment scheme announced by Russia in March in response to Western sanctions.

It seems that everyone assumes that American gas production will continue to grow, but there are problems that can be seen in the largest shale deposits in the country.

In global foreign exchange reserves, the dollar fell from 73% to 58%. 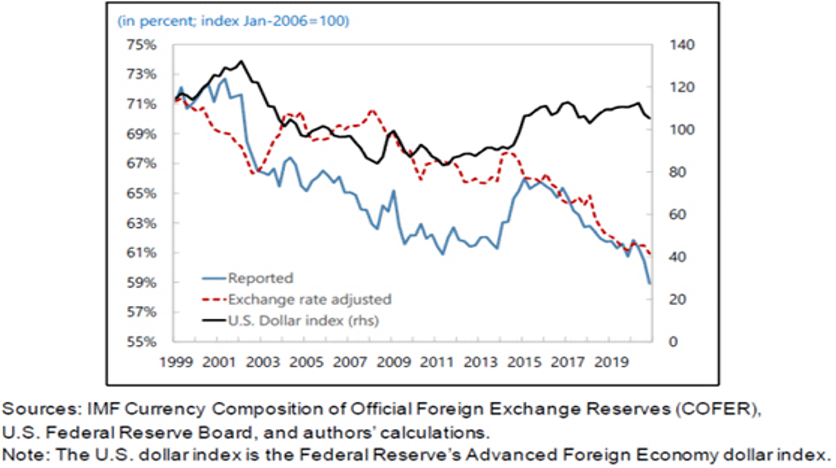 This means that the dollar must fall, instead of rising for several weeks in a row.

PURCHASING POWER OF THE DOLLAR 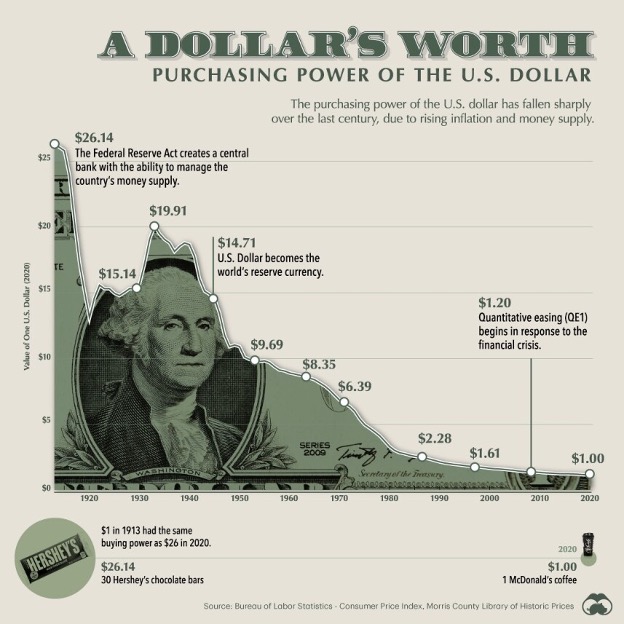 Bitcoin has fallen 35% since the beginning of the year, and Ethereum by 46%.

Terra USD is in a sharp fall, as there was a withdrawal of $ 4 billion.

Luna has an even bigger drop due to panic sales.